Just before we bring you all the fab shots from the event, check out some of the fashion choices.

D’banj in Okunoren Twins
It was D’banj‘s night and his style certainly proved it.

The “Finally” star arrived at the DKM Live in Concert show in a custom black tuxedo by Okunoren Twins. The single button suit made by the Nigerian design label features lapels of $100 dollar bills.

He styled the suit which reportedly costs $ 25,000 with a white shirt, a black velvet bow tie, a diamond ring, spiked black shoes and dark shades. 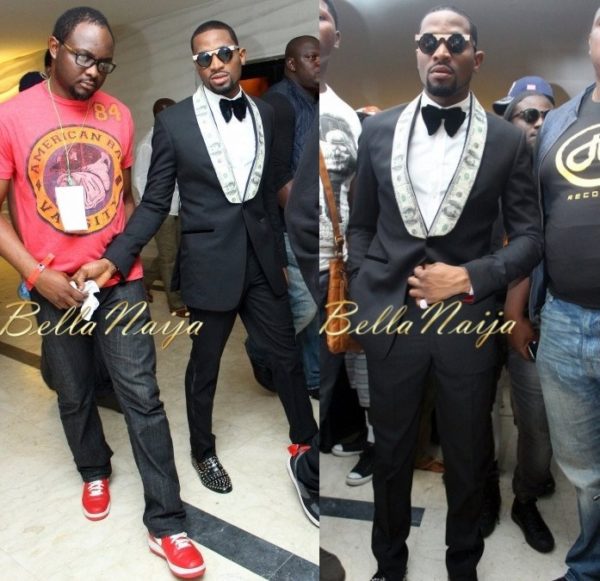 Kenya Moore
She is “Gone with the wind fabulous…” If you are a fan of Bravo‘s hit reality show Real Housewives of Atlanta (Just like me), then the name Kenya Moore will instantly ring a bell.

The 42 year old reality TV star/actress took to the D’Kings Men Live in Concert show in a white ensemble.

With her brown locks cascading down her shoulders, Kenya showed off her hot bod in a strapless white corset, white pants and cream pumps.

She finished the look with gold hoop earrings, a gold chain, smoky eyes and pink lipstick. 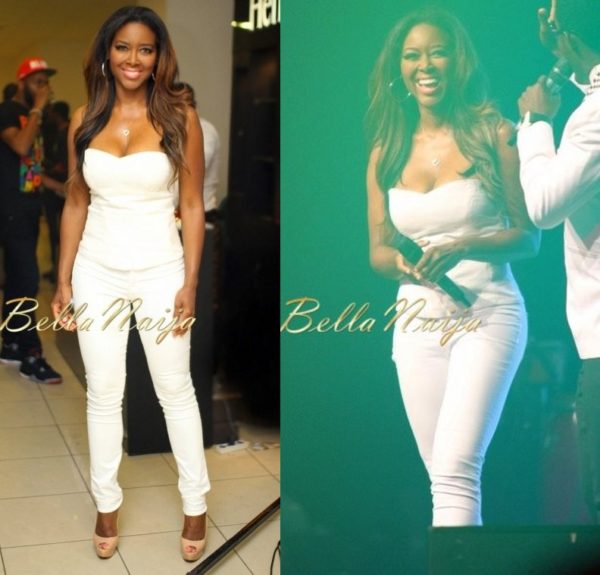 2 Chainz in Givenchy
2 Chainz brought all his hip swag to the show on Sunday evening. The American rap star opted for a black shirt with red-and-white print detail from Givenchy’s Spring/Summer 2013 collection.

He styled the shirt also worn by Rihanna, with a red hoody, red leather pants, a cap (which he turned backwards), dark shades and of course lots of jewelry including a gold Chanel necklace.

The “Aggy” jacket was paired with a black camisole, black pants, black high pumps and a black clutch. Opting for an up do, the look was completed with hoop earrings, smoky eyes and red lipstick.

Hosts – AY Makun & Toolz
Comedian AY Makun and media personality Toolz hosted D’banj’s D’Kings Men Live in Concert show on Sunday – and from what we heard they were hilarious.

Toolz wore 3 different outfits at the concert but she arrived in an aquamarine-green dress with a plunging neckline. With her hair pulled back, she opted for highlighted eyebrows and pink lipstick.

The dress was styled with gold earrings, a gold cuff bracelet and red peep-toes. 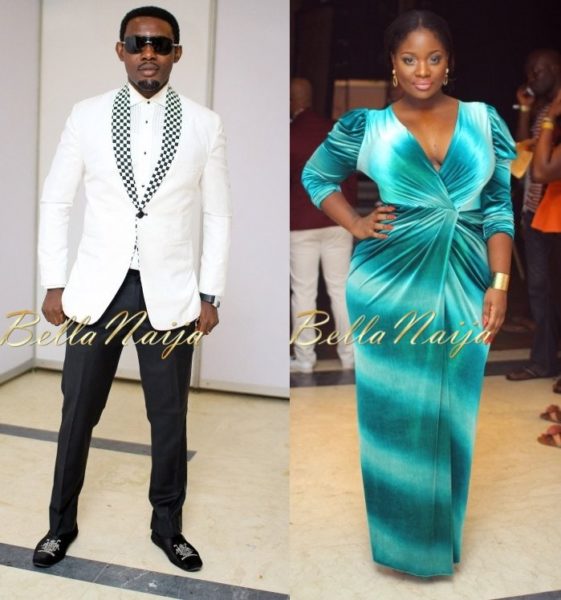 Who looked good? Let us know.

We hate to tease but keep refreshing BellaNaija.com for all the BN Red Carpet Fab shots!

If you missed the first feature on the D’Kings Men Live in Concert show, CLICK HERE