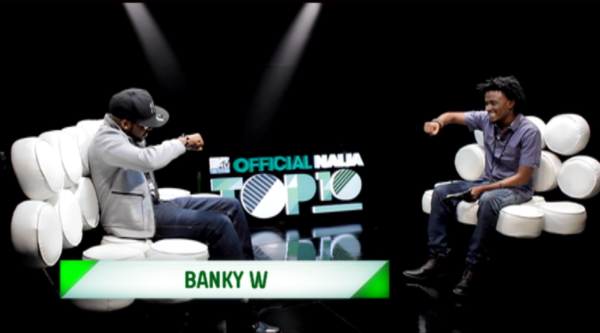 This week, Davido’s “Gobe” hits the heights at the top of the Official Naija Top 10, throwing “Asiko” by Darey, featuring Ice Prince and Jozi, down to the third spot. The newest entry to the chart this week is D’Prince with his selling point, “Goody Bag”.

Banky W (@BankyW) is the celebrity guest joining Ehiz (@SpecialSlim) in the MTV Base studio for this week’s Official Naija Top 10 – chewing over the week’s chart and digging behind the headlines to discuss the music videos and personalities making it big on this week’s Nigerian music scene.