Don't Put Me In A Box! It's Perfectly Okay to Just Be Me 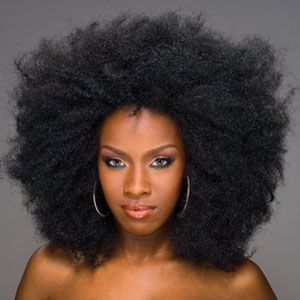 These days, everyone has to be grouped into some sort of category or another. Society has mandated that you need to belong somewhere. You just can’t be a person with the ability to be what you want to be without any attachments, any more. Every little action you take has to be over-analysed and translated into something deeper; something more meaningful. If you are a female who prefers your natural hair and not a weave on your head, you’re ‘Team Natural’, if you are not overly concerned about your single status at 29 years old, you’re ‘Miss Independent’, if you’re a guy who does not behave in a typical masculine way, you’re ‘Gay’ or if you’re a naturally friendly person who enjoys meeting and interacting with new people, that makes you a straight up ‘Famzer’. You need to fit in somewhere.

While studying Psychology a few years ago, I learnt about the Schema. It is a mental structure of preconceived ideas; a system in the mind of organizing and perceiving new information. In other words, it is the way us humans attempt to understand people around us and the world we live in; and categorising things and people helps us make sense of things – in our own twisted ways. In essence, in our minds, we have the need to place people in a given box so as to ‘understand’ them.

So while about learning this Schema, it occurred to me that this could be a viable explanation for the labels society places on us. So as to make sense of the different types of people we come across – and mostly because they are different from us or the act differently – we place labels on them. It keeps us sane. And it also happens to keep us ignorant.

A friend of mine is a strong feminist. Unashamedly so, in fact. Which might I add, in my opinion, is not a bad thing. However, – and even though she is not likely to ever admit it – she can’t understand women who are not. I mean, in the 21st Century, us gals have to take a stand! Which is definitely true. But recently, I came to the conclusion that I’m not exactly the world’s definition of Feminist. I’m not quite the ‘I don’t need a man‘ advocate, I don’t hate men, and I’m not likely to be chosen as the face of the Girl Power movement. For a while, I was apprehensive about sharing my thoughts; not because I’m afraid of conflict (frankly, I almost attract it) but because it seemed particularly unusual for a young lady in this day and age to actually voice it out. It doesn’t mean that I believe in maintaining a Patriarchal society; I believe in gender equality as much as the next (wo)man. However, I just realised that my beliefs do not have to be defined by a set of rules set by an impossible-to-please, faceless society. And that is perfectly okay. I simply came to the conclusion that I didn’t have to box myself in and live up to certain impossible standards. I do not have to be THIS or THAT. I can just be me; a bucket of my own beliefs, ideas and opinions.

So I would encourage you to do the same. It’s perfectly understandable if you disagree, but I believe there is a certain degree of freedom which comes with knowing that you don’t have to squeeze yourself into a box constructed by society or accept unwanted labels. You can be unapologetically you. Full stop.