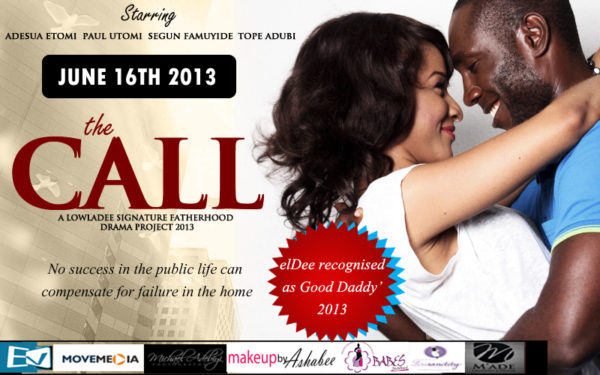 This short film titled “The Call” is specially made to celebrate Fathers’ Day. It is an short piece based on the saying that ‘No success in the public life can compensate for failure in the home.’

The idea is to inspire men to become more committed to the task of fatherhood and to make them more hands-on.
Produced and directed by LowlaDee the film stars Adesua Etomi, Paul Utomi, Tope Adubi and Segun Famuyide

Watch the video here and share your thoughts… oh watch out for the special appearance by celebrity Daddy, eLDee!