“Manifest Destiny” is a term that reflects America’s ideal as a rugged individual. America’s manifest destiny is America’s mandate to spread it’s global influence all over the world. This perception of itself as a chosen people is made the nation to acquire territories from the Native Americans and then annexing some parts of Mexico. This is what that has made the nation-state called the United States of America.

What makes America unique is rooted in the determination of the people who settled in United States. They had a mission to make it a model state. United States has become a nation of various ethnicity. America’s ideal is their calling to evangelize their ideology around the world. Firstly, the goal is to conquer territories and secondly, to spread it’s ideologies of democracy and culture. American music is popular around the world. People in extremely conservative nations like Saudi Arabia are familiar with Jay Z. As a popular quote says, “If you have made it in America, you have made it in the world.”

America has become a beacon of hope for people around the world.The founding fathers of United States also had a consciousness of superiority. They believed they were more enlightened than the native Americans. We might not like it, but the consciousness is what that has made America to stand out today.

Europe also had the sense of manifest destiny. Europe is from the word “Eureka”. Eureka means the light. Vaclav Havel, the former prime minister of Czech actually stated that Europe existed to be a light to the world and impact the universe.Nations like England, France, Russia and Germany have also bought into these ideologies. That is why they have produced the most prominent enlightened thinkers in the world. That is why we speak English in Nigeria.
Nigeria became a subject to English ideology. Another nation on the forefront of manifest destiny is Germany. This is as a result of the personality embedded in Germans. Germans are known to always want to dominate. That is why the Germans are known to be very creative with technology. During WWII, America had develop a strong military base in Germany. Introspectively, Germans are prone to want to conquer territories and develop destructive weapons. That is why we are familiar with the term German machine but nobody knows Nigerian Machine.

It is also not surprising why America is a super power because the largest ethnicity in America descended from German origin, then followed by the English & Irish.China is another nation that is recently following it’s own manifest destiny. China at a certain time had starved it’s citizens to grow its economy. This period became known as Chinese revolution and Chinese bowl rice. Another aspect of China that makes it unique from Europe and United States is that the Chinese are very adaptable and flexible. The Chinese extend their destinies to regions other manifest destiny driven nations are not willing to go. That is why China is in the process of becoming a super-power.
How does this apply to Nigeria?

Nigeria Must Create its Own Manifest Destiny
Nigeria must find it’s own ideology to export to the world. It is not possible to conquer territories anymore but we must be willing to offer something to the world that the world can buy into. This evolves around the consciousness of believing that you are special and have something to offer. As someone said, “Fake it till you make it.”

Nigeria Must Have an Ideology of Its Own
People should be able to say, “Hey, they are trying to be like Nigerians” In Manifest Destiny, there are no permanent friends but permanent interests. You are America’s friend as long as you are of interest to America. America has allies but not friends.

Nigeria must be Willing to Stand Alone & Still Have Allies
A popular quote says, “Keep your friends close but keep your enemies closer”

Nigerians Must Accept that They Are Nigeria
Individuals make a nation, not only the government.

Nigerians Must think Creatively & Independently
Government can not solve all the problem. In fact, the government is a reflection of the nation-state. Germans, individually are known to be industrious and adventurous by nature. This attitude actually reflects in Germany as a nation.

Nigerians Must Have a Progressive Consciousness
Nigerians must be willing to see their position in the world as strategic and a calling. People who believe that the world needs them, go farther in life. It is not what you really have that makes you creative but the consciousness is what motivates.

Nigeria must Must Focus on What it Has & Invest in It
Both Nigeria and Nigerians must be willing to start taking gradual steps. After realizing what we do well, we should start spreading our influence to every shore that is willing to open up. If America is not willing to open up to what we have to offer, then let’s try Papau New Guinea and slowly move to other places. If you are still a skeptic, then ask China.

Nigerians Must Use Their Differences As Strength
Everyone in America is of immigrant decent, only if you are a native American. There was a time, Italians and Irish were seen as eccentric foreigners in America. They were humiliated in public. And now, they have become a dominating force to reckon with in America.

Nigeria’s Manifest Destiny Must Be An Inside Job
No foreigner has ever developed another nation. Nigerians must also individually search for their own mission in the manifest destiny. Every step we make is very significant. No attempt and effort is minuscule. This philosophical approach to life could also guide us as individuals in understanding our strategic role in the society. No one exists by accident because everyone in this world has a strategic role to play. 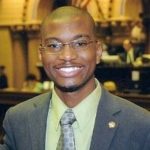 Let’s Save Our Children! Watch the Videos on Lead Poisoning in Northern Nigeria

Wana Wana: Getting Real about Moving Back