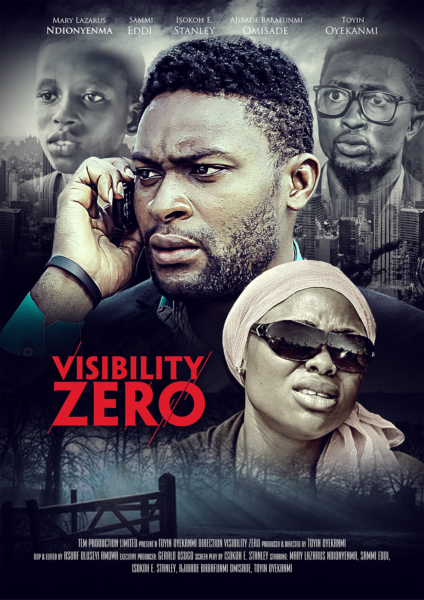 We know of the high unemployment rates in Nigeria. It’s interesting to see a film which helps to look beyond the surface of what goes on in the life of an unemployed youth. In this short film by Toyin Oyekanmi titled “Visibility Zero” one stops to ponder on the issues raised therein. Directed and produced by Toyin Oyekanmi of  TY Films, Visibility Zero stars Sammie Eddi, Mary Lazarus, Isokoh Stanley, Chibuike Nwogbo,Toyin Oyekanmi and Bade Smart.

Fred, a first class university graduate roams the streets of Lagos for close to two years strongly believing his university degree is his only ladder from deprivation, Temiwa is a 28 year old beautiful blind lady with a ten year old son (Wisdom). Temiwa became blind at age 18 when her parents were brutally murdered while she was raped and shot in the face during the attack which led to her losing her sight.Fred has always wish he can help this beautiful beggar even when he could barely fend for himself, hence he becomes friends with Temiwa, ironically Temiwa the blind beautiful beggar is the one who ends up helping Fred out of his situation. But how?