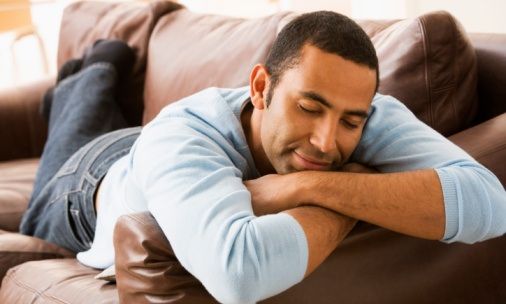 Last night was quite literally the worst night I’ve ever had in my rather short life. No, that’s a lie. The actual worst night of my life so far happened when I was 13, after a day when I was foolhardy enough to watch The Poltergeist, The Exorcist and God Bless The Child within a few hours of each other. All of those movies feature the sort of demonic activity that is often the exclusive right of the very cute, very young and impossibly innocent in film. At 13, I thought myself to be the cutest, most innocent thing in all the world. Pictures of the time show me that I was deluded. The teenage years were severely unkind.

My body didn’t make sense and it is ridiculously difficult to be cute with braces, glasses and no front teeth (I lost those when I was 7). Come nightfall, I was convinced that I would be visited by a demonic hoard so evil that I would find myself transformed into a vivid green projectile vomiting, self mutilating, television confined gremlin of epic proportions. I, Afam, cried, “MUMMY!” in a dormitory filled with 16 boys between the ages of 11 and 17. I never lived that down.

Last night, as I lay my head down on my impossibly thin pillow to sleep, I found that I couldn’t because of a night vigil/rehearsal session at a Redeemed Church across the road. If it had been from any other building in the neighbourhood, I would have stormed down there in my jalabia and yelled myself hoarse. I don’t joke with my sleep. My boss expects me to be like the energiser bunny for at least 12 hours and this isn’t possible without a good 8 hours of sleep. As this was a church I couldn’t. If I did that, I’d probably have been accused of interrupting the work of God or being possessed by a legion, for only one infiltrated by an army of Spirits would dare attempt to stop a service in motion, and it wouldn’t have ended there, they would probably have forcefully exorcised me or given me the slap of divine providence usually reserved for young girls who claim to be witches for Jesus Christ.

It is a little curious that churches could be so unChristianly in their activities, but Lagos brings all paradoxes to life so I’m not surprised. What do you think I should do? What would you do?

Related Topics:AfamChurchRedeemed Christian Church of GodThe Ramblings of a Mad Man
Up Next

Denzel Washington and Mark Wahlberg Bring the Heat in “2 GUNS” – Tickets Are Available on Tripican.com | Get We’re The Millers, Murder at Prime Suites, Elysium & More tickets for Silverbird and Genesis Deluxe Cinemas