The "Lagos Experience" through the Eyes of an Expat: Love it Or Hate it, Lagos IS the Centre of Excellence! - Read Part 1 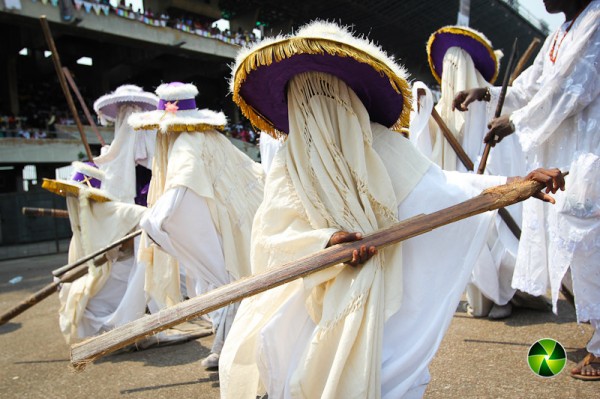 Below is the first of a 3-part series written by an expatriate – Edward*. He has lived and worked in Lagos, Nigeria for 6 years, as well as in a few other African countries. Read on to hear his sometimes poignant and sometimes critical take on his experiences and perspective on life in Nigeria.

The first part of the series is called “Three Things I Love About Lagos” We hope that Lagosians and residents of this bustling city can relate to the piece. We’d like your thoughts on the accuracy or otherwise of this narration especially as it is a view from the lens of an expatriate.

Lagos is Home to EVERYBODY
Similar to New York, London, Berlin, Singapore, Lagos is an “everybody city”. You can probably find people from over 100 countries living in Lagos, with the bulk of the foreigners coming from nearby countries like Benin, Niger, Togo, Cameroon and Ghana.

For most of the day, hustling people cannot be bothered to worry about each other’s looks, accents, religious affiliation, nationality, etc. Most Lagosians have to earn their daily bread, so there’s no point wasting time with discriminatory pricing in markets, transport fares, etc.

In Lagos markets, shops and transit points, Igbo, Hausa, Yoruba, Beninois, South-South, Calabar and Edo peoples sit side-by-side doing their business. I buy tomatoes and peppers from my Hausa lady, plantains from my Yoruba student and fish from the Beninois women. Now, being Southwest Nigeria, you’ll certainly hear more Yoruba than other languages, but there’s no time for shame if you’re not Yoruba.

Lagos is a Land of Opportunity
Forget the international press clippings about over-population and Lagos being a slum city, etc., etc. Life in Lagos is far better than in most of West Africa, which is why half a million people relocate to Lagos every year. They cannot find work in their home states or countries, so they come to Lagos, selling GSM recharge cards in traffic by day and sleeping under bridges at night. Whether their dreams are big or small, they have come to the place where dreams might come true.

Even for the better-educated or well-off, Lagos is where nearly everyone ends up. Yesterday evening, as I was out sharing ice cream with a friend in Victoria Island, she looked up with surprise upon seeing an old classmate that she hadn’t spoken to in years. For her, it was an amazing example of how “it’s a small world.” For me, it was absolutely normal, something I’ve seen fifty times or more. Of course the old friend ended up in Lagos – this is where you HAVE to be if you want to make it professionally.

Whether you work in banking, oil & gas, manufacturing, telecommunications, property development, trading or any other sector except farming, the odds are extraordinarily high that your largest customers and largest competitors are based in Lagos, that you import/export all goods into/out of Lagos and that you are intimately familiar with Lagos’ daily traffic and seasonal weather patterns.

Lagos is a Hub for Good Food
If you’re like me, you’ll adore the variety of dishes unique to this part of the world, the freedom to eat with your hands, the pleasure of seeing hard-working women satisfied when you ask for second helpings and the awe in which your friends watch their fellow Nigerians stare at you.

However, if you’re like many better-off Lagosians, you’ll appreciate the availability of imported and non-traditional foods like cereals, Indomie pasta, cashews, Gala snacks, soft drinks, canned fish and vegetables, chocolate bars, Guinness beer, etc., as well as the large variety of slow-food and fast-food restaurants. In Lagos, you can find Chinese, Indian, Thai, Brazilian, American, Japanese, Lebanese, French, Italian, British and of course Nigerian restaurants to name a few.

Even with this kind of variety, 99.99% of Lagosians would discover a new dish or food simply by travelling to other parts of the country. The country really is that large and diverse.

*Not his real name*