Theresa Omoronyia: Understanding the Principles of "Touch Not My Anointed" & "Judge Not" 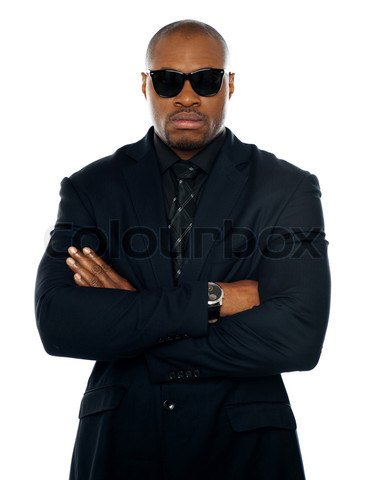 If you are a Nigerian or know anything about Nigerians, you will agree that we will happily go to war over religious and tribal differences. The terrorist activities of Boko Haram is an example of religious fervour gone wrong, but that is not all. There is another kind of religious fervour especially among some Christians that make them almost worship their clergymen. These people will happily turn deaf ears and blind eyes to any contrary opinion of their ‘Men of God’. Any attempt to tell them otherwise is met with a chorus of “judge not” and “touch not my anointed”. In the light of recent scandals involving men of God, it becomes necessary to understand what these verses mean.

The phrase “touch my anointed” was said by King David in Psalm105:15 as a thanksgiving to God for protecting the Israelites from other more powerful nations as they journeyed to the Promised Land. This is a broader picture of that text starting from verse 12 to verse 15

“…12When they were only a few men in number, Very few, and strangers in it. 13And they wandered about from nation to nation, From one kingdom to another people. 14He permitted no man to oppress them, And He reproved kings for their sakes: 15″Do not touch My anointed ones, And do My prophets no harm.””

You can see here that the words ‘anointed’ and ‘prophets’ referred to the nation of Israel and the harm referred to was physical harm, not speaking the truth.

The next commonly used phrase by Christians to keep quiet in the face of evil and injustice, especially if it concerns the clergy, is “judge not”. Again it is very helpful to understand the context in which Jesus said that. The phrase is found in Matthew 7:1-3

“Do not judge, or you too will be judged. 2 For in the same way you judge others, you will be judged, and with the measure you use, it will be measured to you.3 “Why do you look at the speck of sawdust in your brother’s eye and pay no attention to the plank in your own eye?“

So what was Jesus saying? Jesus was talking about the hypocritical self-righteous criticism of the religious leaders, the Pharisees. These people were quick to condemn others who were not as ‘holy’ as them. They actually condemned people on the basis of their dressing, their profession, their manner of eating, their religious inclinations, their ability to give, etc. Again you see here that the judging Jesus is talking about is not one that comes from speaking out against sinful or criminal behaviour, but a judging based solely on a feeling of “I am better than you because you don’t do things the way I do them”. So if we start criticizing someone just because they belong to a different church, religion, tribe or do things differently, then we are judging wrongly.

There is another kind of judging, however, which is encouraged in the Bible. But before we look at that, we have to understand that synonyms for the word ‘judge’ include:’evaluate’, ‘analyze’, ‘discern’, etc. and it is this kind of judging that the Bible encourages us to do in the following verses:
“Why don’t you judge for yourselves what is right?” – Luke 12:57.
“Dear friends, do not believe every spirit, but test the spirits to see whether they are from God, because many false prophets have gone out into the world.” -1John 4:1
“Prove all things; hold fast that which is good.” – 1Thessalonians 5:21

So we can see that the Bible encourages us to discern between good and bad behaviour as well as false and truthful teaching, instead of just accepting everything somebody says, clergy or not. Having said that, I know some die-hard Christians will still argue about this issue largely because of misconceptions such as the following.

Inferiority complex: The Bible tells us that before God there is no difference between male or female, Jew or Gentile, clergy or lay member, rich or poor, etc. We are all one and He loves us all equally. We are not to feel inferior before anyone, not even the clergy. Yes we should respect them, but we are not stand in awe of them. People in pagan societies used to dread juju priests because they were the only ones who could talk with the gods. As Christians however, we are all joint-heirs with Christ and can boldly approach the throne of God, because He is our father. Before God, your pastor or priest or deacon/elder is not more important than you.

Fear of God’s wrath: Some people think God is an angry slave master, who is too eager to whip us in line. On the contrary He is a merciful, loving and forgiving God. People sometimes base their fear on the punishment God inflicted on Miriam, the sister of Moses, for criticizing his decision to marry a foreign wife. But Miriam’s actions were wrong because:
1. She did not speak to Moses about her grudge, instead she gossiped with Aaron about it.
2. She was resentful; she said, “Has the LORD only spoken to Moses? Hasn’t He also spoken to us?” – Numbers 12:2

She wasn’t punished because she spoke against their leader, but because of her motives and manner of going about it. In the New Testament, (Galatians 2:11-13) we see the right way to go about speaking out concerning the wrong behaviour of a leader. Paul, who was not one of the original disciples of Jesus, (in fact he was initially a persecutor of Christians), confronted Apostle Peter about his hypocritical behaviour regarding Jews and Gentiles, which was leading others astray. Paul did not gossip about Peter’s wrong behaviour and his motives were noble: to save Peter from wrong doing and to prevent rifts in the church.

Ignorance of our roles as watchmen/women: We are reminded of our roles as watchmen and watch women in Ezekiel chapters 3 and 33. When we see a wrong behaviour by a fellow Christian, whether a clergyman or lay member, we are to correct them, in love not as though we are better. Failure to bring their attention to their wrong behaviour will not absolve us of any responsibility of their actions. Indeed God said that when that person is punished, He will hold us responsible because we failed to correct them.

So what should we do when we notice a leader in the house of God is abusing his power especially against the weaker members? We have to recognise that God is not happy that His child (the victim) is taken advantage of. I like to think that God is more concerned about vulnerable and hurting people. Indeed Jesus on several occasions, ‘broke’ the Sabbath day law by healing hurting people. Jesus often said that He came for the ‘sick’ because the healthy did not need doctors. Indeed there are many verses in the Bible that encourage us to do good, seek justice and defend the oppressed, regardless of who their tormentor is.

Your clergymen are not beyond temptations, they like everyone, have weaknesses. It our responsibility to point out their wrong actions, in order to help them and the entire church. Look around you, more and more Africans and indeed Nigerians are becoming disillusioned about organized religion and the behaviour of their religious leaders. And this is largely because religious people like to pretend all is well when it isn’t. I have found that before the sins of a religious leader become a big scandal, some people in his church would have known about it earlier, but refused to caution him appropriately. One of the reasons the Roman Catholic Church has lost credibility in some European countries is because they kept quiet when children were sexually abused. The Church in its attempt to ‘protect’ its image, covered evil, unfortunately that action backfired.

So I encourage you, you are not committing any sin by speaking the truth against evil. The consequences of keeping quiet when we see injustice and oppression, even those committed by the clergy, are often worse than whatever ‘harm’ we could ever possibly do by speaking up.