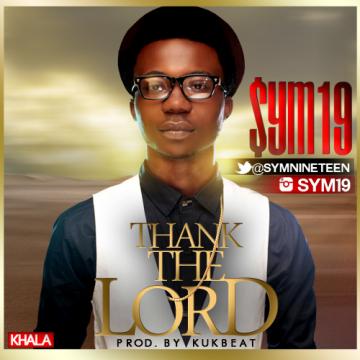 Fresh off his two hits, “Today Na Today” and “Fine Baby Girl” which featured Don Corleone and Bracket respectively, Sym19 is here again with another jam that shows the rising starlet’s versatility.

This time around though, with a little touch of Gospel, here’s his new single “Thank The Lord” produced by Kukbeat.

Sym19 was recently nominated under the category ‘Best Video By A New Act’ on the ongoing NMVA2013 for the song ’Fine Baby Girl’ featuring Bracket.

How Did Naeto C & AKA Become the Hosts for the Channel O Music Video Awards 2013? Watch This Funny Clip