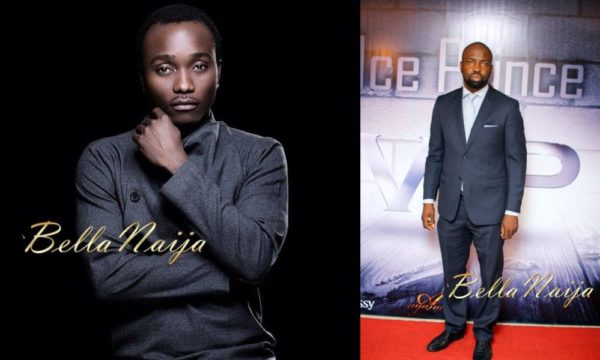 Last week, we saw Chocolate City invoke the powers of the judicial arm of government in order to protect its business interests. Chocolate City instituted an action against Mr. Shimi Olawale Ibrahim (Brymo) at the Federal High Court, Lagos Judicial Division, in suit no: FHC/L/1422/2013. The contentious issue is that Brymo has a contract with Chocolate City which is apparently valid till 2016, but he no longer wishes to continue with the contract (he wants to break free). Chocolate City is not ready/willing to oblige him and is holding him bound to the contract he signed.

If Brymo does anything contrary to the terms of the contract he signed, he will be in breach and could be liable to Chocolate City in damages (monetary compensation).

However, this piece will not discuss the validity or otherwise of the contract, or whether or not Brymo should be forced to continue with an arrangement he appears to be unhappy with. This article is purely legal and aims to shed light on the legal jargon and nuances of the suit so far.

Chocolate City applied for and on 21 October 2013, was granted an interim injunction which basically has the effect of restraining Brymo from doing anything music-related if it is not for the benefit of Chocolate City. In other words, Brymo cannot practice his trade outside the umbrella of Chocolate City. If he disobeys the Court order, he could be held in contempt and liable to imprisonment (if you are wondering, yes… it is that serious).

News of the injunction received mixed reactions. While some people are in support of it, others see it as injustice and unfairness towards Brymo. However, before joining the bandwagon on either side, few things should be understood:

These applications/injunctions are not the real issues. The main case (merits/substance) would be heard later, which would determine whether or not Brymo can abandon his contract before 2016.

It is important that the fundamental difference between both types of injunction should be understood by us spectators. More so, the fact that the Court granted an interim injunction does not automatically mean that the interlocutory injunction would be granted, for reasons which are explained below.

An application for interim injunction is made ex-parte (in the absence of the other party to which the order is directed). In this case, it was made and granted without Brymo being given the opportunity to respond to Chocolate City’s claims for why the injunction should be granted. He would only be made aware of such move if the Court grants the application for injunction, which it did.

Thus, although an interim injunction already exists against Brymo, if he is able to persuade the Court on 11 November 2013 (at the hearing of the application for interlocutory injunction), the interim injunction would be set-aside and the application for interlocutory injunction would be denied. He would therefore be able to practice his trade as he wishes (subject to the terms of the Court order), pending the determination of the substantive suit.

Factors the Court would consider

Before deciding on whether or not to grant Chocolate City’s application for interlocutory injunction, Chocolate City has the burden to convince the Court about the following:

a. Existence of a legal right: the Court would only grant Chocolate City’s application if it (Chocolate City) has a recognizable legal right, which the injunction ought to protect. In this case, an example of such right would be its right (under the contract with Brymo) to a proportion of his earnings, production of his music, etc.

b. Substantial issue to be tried: the Court must be satisfied that the suit against Brymo is not frivolous i.e. that there is an actual legal dispute for the Court to resolve at trial. In this case, an example would be the validity or otherwise of the contract with Brymo, the fairness or otherwise of the contractual terms, whether or not a person can be compelled to perform services, etc.

e. Conduct of the Parties: the parties’ behaviour before and at the trial is also a relevant factor to be considered. If any party is found misbehaving, the Court has the discretion to factor it into its decision. For example, if Brymo disobeys the interim injunction, this could be used as a weapon by Chocolate City against him at the hearing. Also, Chocolate City must behave appropriately and must not act in a reprehensible manner e.g. preventing Brymo from using facilities he is entitled to under his contract.

To sum up, the interim injunction granted against Brymo is not the end of the story; it is only a preliminary part of the legal dispute. The interlocutory application is yet to be heard and the merits (substantive aspect) hearing is yet to commence. That notwithstanding, it is an important step that has been taken and should not be taken lightly. Brymo and his legal team have a long way to go and should shy away from publicity banters and complaints; they need to act swiftly, calculatedly and smartly.

Although the grant of the interim injunction does not automatically mean an interlocutory one would be granted, it must be noted that the grounds for both applications are so similar, that the same evidence and documents used to obtain the interim injunction are used to apply for the interlocutory injunction. The major difference is the Respondent’s (Brymo’s) response is heard at the next stage- if he cannot persuade the Court, the interlocutory injunction would be granted and this would have far-reaching effects, especially the possibility of the injunction lasting further than 2016, considering that our judicial system in Nigeria is slow and plagued with problems like delay and unnecessary adjournments.

Besides, the Court may not grant the application exactly as prayed; the interlocutory order could be varied e.g. Brymo may be allowed to practice his trade, provided all revenue is deposited in an account under the Court’s supervision, with disbursements to be made only upon the Court’s approval, until the Court renders its final judgment in the suit. This way, Brymo is free and there is restricted access to his earnings.

Which way do you think the Court would decide, considering the factors discussed above? If you’re a lawyer, does the Federal High Court have jurisdiction? Is this not a purely contractual matter that belongs in the State High Court?

BN Download: Kick-Start Your Monday With “DJ Gunzee In The Mix – Week 4″