Are We Dating Or Not? A BN Reader Shares Her Story 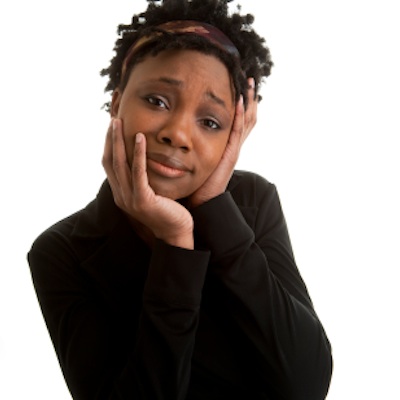 We received an email from a BN reader who asked to remain anonymous. She wrote about her experience with a man she presumed she had a relationship with. At the time she sent the email, she was unsure as to what their relationship was and wanted the opinion of other BN readers.

Today, she sent us an email saying the man in question got married last weekend. We are sharing the story as she requested and we hope you will provide some insight into how she should proceed. It might also serve as a good learning avenue for other people who are going through the same situation.

I jumped into a very inconveniencing taxi that hot afternoon in a hurry to meet up with my friend Sarah in Lekki all the way from Surulere. It was on that blessed 20th October 2012 afternoon and trust Lagos to be full of weddings happening at every event center. I was super excited when Sarah invited me to come as a handbag to a wedding. I didn’t know that marked the beginning of a beautiful journey with the most selfless man I have ever come across. He glitters only on the inside, so that makes him my own personal gold.

Throughout the ceremony, I didn’t notice him but was very certain that he noticed me and I could remember a certain person who struggled to get food and drinks served to us. As a foodie, I concentrated more on the small chops and not the hustler. Just at the time, I said to myself that ‘this is not the wedding to catch a husband’ and was hurrying out of the venue. Sarah drew my attention to a group of tall, handsome, drunk looking, not too young men. I got introduced, we conversed but no numbers were exchanged or even requested. Long story short, he actually told his friend to collect my number on his behalf (who does that really), that was how it began.

We hung out very often. He also complimented me a lot. He was my ideal man, tall, dark, big, handsome, intelligent, hardworking, respectful, humble, in charge (the boss), accommodating, perfect gentleman and all I could say was ‘thank you Lord for 20th October 2012’; but one big mistake that I made or I thought I made was he never officially asked me out. We just flowed and we had a lot in common and on one night he made a statement to me on how I was the girl he was dating and so that really checked box my assumption that I was on the right track dating the perfect man and having fun.

Like every relationship (or whatever it was) we had our downs and enjoyment times and well we were both mature adults so we handled every bit of it properly. Very caring man, willing to show you and try new things.He was a ladies’ man too as he had female friends but he never came out as a player, very reserved, always mingling with his very close guy friends.

Challenges started in December when I gave him a hamper as an Christmas gift, he appreciated it quite well, was surprised and grateful. He didn’t return the gesture with an exchange although I really didn’t mind, I would have loved a gift. December was a bit tricky because throughout the holiday I didn’t get to see him. Even though we live close to each other, he always gave an excuse of being in one state or the other and that time I was friends with a distant friend of his unbeknownst to him so anytime he said he was in Asaba, I would just trick my friend and get to know that he was actually in Lagos but I never wanted to stalk or surprise him.

I knew my guy was lying, I was bothered but also had my girlfriends occupying my mind with so much activity that holiday, I was even scheduled to travel but stayed back just to have fun with him but never for one day from 22nd December to January 2013 did I see him. I deleted my informant because I was tired of knowing the truth from him and hearing lies from my supposed man, so I just decided to assume he wasn’t lying but deep down, the trust was gone.

Before then, there had been so many lies. When he came back from London, he told me he landed in Abuja, and meanwhile he landed in Lagos. Cheap liar. How did I know? My source picked him from the airport and don’t worry he can never guess my source.

After the December drama, I actually stayed cool and always prayed that what is mine and would come to me, by then it was a new year. I was just living my life happily with no commitment but he was always sticking around as usual, (you know that whole thing when you try to get a girl’s attention, she becomes reluctant at first, then when she gives in, you all of a sudden start withdrawing) that was the definition of our relationship. If you say ‘he isn’t ready to commit’ then you are not far from the truth and if you also say ‘he is not that into me’, that maybe he just likes me as a friend – then I would close my eyes for a minute, take a deep breath, give you a tight hug and accept my fate because really you also must be very correct. That is why I decided to just do other things with my life and stay open minded and free.

Another episode happened during Valentine’s Day, we already talked a lot about it and I wasn’t even interested in buying anything for him at first, but most of our conversations stressed on the importance of showing love through gifts and since I liked him and wouldn’t mind, I made a last decision and planned for a surprise gift. This actually cost me some percentage of my January salary but since it’s all about giving, I didn’t mind. On that day, I started by sending SMS texts and gifts to my family, and then sent a SMS text to him, as his gift was going to be a late delivery. He called later in the day and asked how I was doing and then broke the news that he was in Asaba! I just ignored him and said ok. I played a smart move by calling his Lagos office directly, acted as a client, requested to transfer the call to him and who said hello? ‘Mr. Asaba’. I just made a short statement ‘I wanted to be sure it was your voice that I heard’ and bang.

Well, I ate the cake I already booked for him but I still sent him the other item because I couldn’t cancel and it was already delivered to him and it was a painting that only he could use. As usual I was a learner for the second time. Shockingly he still denied it was him I spoke to! He saw me that same weekend in a club with a colleague and was forming ownership asking for an explanation as why I was with some other guy in a club at that time of the night. I should have stayed at home and cried because my boyfriend didn’t celebrate Valentine’s Day with me and he lied for no reason.

My feelings switched off and I just liked him as a friend and learnt the hard way. We talked on and off, sometimes he would come so fast and so serious, then when you show a little attention, he disappears. All the festive days and holidays were always spent in Asaba according to him because ‘na him work pass’. I wondered if he had a girl he wanted to marry in that Asaba but he must have been really smart to be able to hide it although I don’t stalk. I thought to myself, maybe when I start digging, I will start finding, till then I’m still too young to chase a man. If you are dating me, it is a plus for you.

Fast forward to June 2013 which was his birthday, well I decided not to be a giver anymore. I shouldn’t be always giving especially when you are not an orphanage. So all I did was to celebrate him through BBM, text message and a call. He acknowledged it very well and as usual was in Asaba working on that day. Then came my birthday in July, he promised to send me a cake . Before I forget, he actually accused me of not giving him anything on his birthday. Guess what fellows? I didn’t get any cake and even the birthday call was late on that day, his excuse was that he was very busy. It didn’t make home girl get less than she deserved on her birthday from friends and family. May I add that the first time he actually visited and sat down in my house was when I was sick and off work, he came to visit, these are the kind of people that would buy you the most expensive casket and fly your corpse to your village but never gave you money to buy food and look beautiful when you were alive.

We are off now but good friends, call whenever you remember each other, no intimacy, no attachments, just casual friends, nothing more. I even told him to come let’s have a discussion and the guy came with his friend. Unserious 35 year old man, well I pray he would wake up one day and get committed – hopefully with me or with any other good girl out there. Till then I wish him well. You can share your thoughts on this or if you are going through something similar, how have you been able to deal with it?

**Editor’s note: Just before we published this. We got another email from the young lady whose story we have shared.

May I add that the most interesting part of this story is that the guy just had his traditional wedding on Saturday 30th of November 2013 and of course without letting me know. Funny enough we spoke on the 28th of November and he seemed all normal and touchy. Wow, do I feel bad? I feel like cursing him but well I’m okay. I have been a side chick all this while but he did it so well that I would never have caught or doubted him. I wonder where the girl has been all this while, like I never noticed. Maybe she was abroad. Anyway, it all makes sense – why he wasn’t available at some notable dates and why he has been having issues. He is not still picking my calls till today. He is apparently dodging me. Well I wish him well and I know karma is a b***h. One more thing, being a nice girl doesn’t pay at all. Hope you can publish this story and I hope I find my man better than this devil in human clothing.

Must Watch Video! Media Personality Toke Makinwa speaks on “5 Signs a Woman is Fed Up”