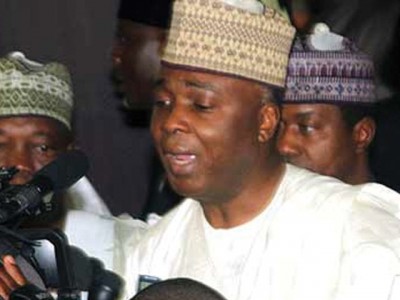 The elections in 2015 will surely be an interesting one.

11 senators from the Peoples Democratic Party (PDP) have defected to the All Progressives Congress (APC), Premium Times reports

Some of the senators who decamped are Bukola Saraki, Mohammed Ndume, Abdullahi Adamu and Danjuma Goje.

In a letter addressed to the Senate President David Mark, the senators announced their decision to move from PDP to APC. More senators are reportedly going to decamp in the coming weeks.

Over the weekend, Bukola Saraki informed reporters that more PDP senators would decamp when the upper legislative chamber resumes this week.