Chinagorom Martin: When You're Gay in Nigeria

A lot of times we believe that we’re quite removed from certain elements of the west. Homosexuality is one of those issues which exists in our society but we are often very quick to handle it with a 10-foot pole. We don’t want to readily believe that it is something that is around us. Cultural and religious restraints go a long way in forming our mindset. However, once in a while we have to stop to think about people who are not so directly removed from homosexuality. Close friends and family of people with this sexual orientation have to live, and deal with the stigma that society places on their loved ones. BN reader Chinagorom Martin is one of such. He grew up with a gay relative and experienced first-hand the hate that was directed towards him.

In his mail to us, he mentioned that this brother and friends were going through something that society didn’t quite understand. He decided to write about ‘the whole experience and life: discovering your preference of guys, the uncertainties that brings to your heart, the fears of being discovered and all.’

With the passing of the anti-gay bill into law, Chinagorom was inspired to write the piece and in his words: “My writing is not gay activism. I write so that people may know that life is hard for these guys already. The best we can do for them is a little tolerance. With the bill and all that has happened thereafter there’s close to an anarchy in this community and as a nation we have enough demons already that we do not wish to add this the list.”

Please share your thoughts in the comments section. We urge you to be respectful and not malicious in putting your thoughts and feelings across. 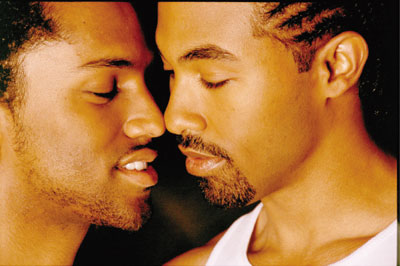 When you’re gay in Nigeria,your whole life is one colossal creationary displacement. You should have been born in Europe or some place in America, not here. Maybe he had tossed you in Africa hoping you would land in South Africa but you look in the sky and it is “green-white-green”. You go to the mirror and a square-in-a-round-hole stares back at you. You’re an anomaly, your very existence is an abomination.

Growing up you realize you focused on your peers’ bulging crotches while they bantered about the new girls they were cutting eyes at. But God forbid you were checking them out. You were just admiring the zipper on their jeans, nothing more. Strong as you feel it, you couldn’t be one of those things they call homosexuals, those cursed, perverted, bedamned, anathemised and hell-sure lot. Everyone hates and condemns them so you couldn’t be a walking taboo, admiring guys’ butts. God just forbid!

For all you have heard about your forbidden feelings no one has been directly spotted to be the same as you and no one has checked in with you. You conclude you are alone and carry your ton weighing sexuality lips-sealed, it is a burden breaking your neck that you cannot put down nor mention. It is a live coal that burns in your mouth that you cannot spit out. Then you journey through a spell-casting novena and make many resolves, but six months later you are where you started. Gay!

Soon you get your first kiss and you are relieved your feelings are twinned in some other guy. Then you hear of guys who have been kissing guys. Same folks who traded tales of heterosexual conquests? Ah. Really? In the next gathering you make your own imaginary boasts. Finally.

After the kiss you battle thoughts of eternal damnation and do more novenas, more self-abasement but give them up soon you realise they did not make you less gay. And then a whole new world emerges on social media. You realise you have been stuck in ages past after you had those epiphanic chats on Facebook: two guys commending your looks and asking for your cell phone number. But you cannot, should not have guys making gay advances through an account where brothers and sisters and relatives and colleagues are listed and information says Interested in Women. So you create a phoney Facebook account and name it something silly, something to draw in like-minded guys. You name it ‘Fine Gboy’ and use a provocative profile picture, a headless shot of your chiseled abdomen maybe. You block out all gay suggestive profiles on your main account and request friendship of same through the phoney account where everything guys happens and information says Interested in Men. And there you select friends like you are picking Adani rice . No effeminate-looking/acting dude. That’s an abomination within the sacrilege your life already is. It is like contacting hepatitis B after a HIV+ diagnosis. No students, too much drama. Just working-class, safe! On your fake Facebook you are introduced to gay websites. You sign up on both and plunge deeper into the cultic hide-and-seek game being gay in Nigeria is. Soon you are meeting guys located far and near, people like you, men seeking men, and you bless the Lord for internet. Social media comes and communication is more spot-on, guys are even closer; only you are horrified by those guys who have filled in gay or bisex as their sexuality on Badoo where they could have left the row blank. This is Nigeria!, you want to remind them.

Gradually you hit the big 30 and the question of marriage becomes inevitable. Your friends tell you how they have to work up an erection to fulfill conjugal responsibilities to the ladies they have spoused. You do not envy them. You do not blame them. This is Nigeria! Everyone gets married. Everyone must have a child. (Maybe you should marry a lesbian, you have seen some on some websites). And for a fugitive moment you consider fleeing to Europe. You discard the thought. But you pick it right up when one morning you wake up and on the TV hear the debate on the senate floor. Not long after, your sanctimonious senators anathematize everything gay and slam a 14-year legislative seal on it. They have no idea they’d just poured fuel into a raging fire of gay hate and signalled an era of terror for you and your kind. Heterosexuals invade your cabalistic social media luring your brothers and experimenting all sorts of evil on them. They are brutalised, raped, robbed, blackmailed, humiliated on the streets and in work places but they take it in good stride cause it is a lesser evil than the 14 years imprisonment against which they cannot make a fuss and which their antipathetic assailants quote for justification. You hear of those stoned in the North, and of those whom are forcefully exorcised. Quickly you deactivate your profile and are wary of even previously trusted gay acquaintances. You get irritable at the lie you see you have to live forever.

Nigeria, all 923,769 sq km of it, becomes a claustrophobic space, it closes in on you. Now frustrated by it all you hate even the air here and wish wings to carry you across the Atlantic. You make up your mind to leave. You decide Europe. Or maybe America.