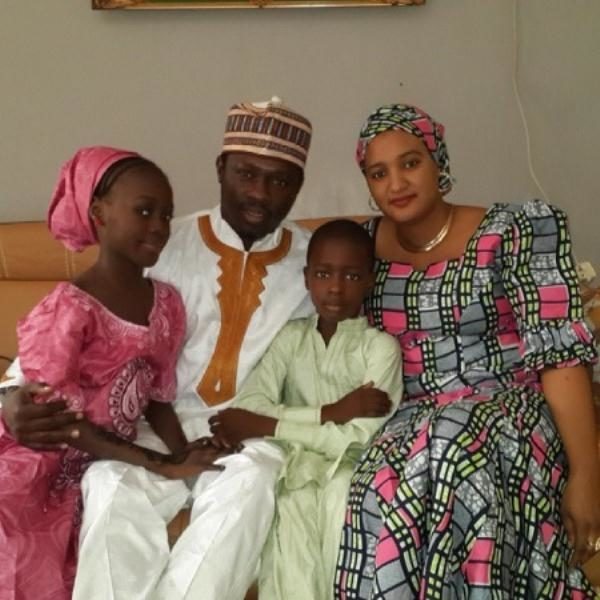 One of Kannywood’s most prominent actors Ali Nuhu is shutting down reports that he is set to marry a second wife in February.

Ali who is also a musician, producer and director, is married to Maimuna and has three children (one not pictured).

Reports surfaced via social networking sites that Ali will wed again in the first week of February in Kano. It was rumoured that the wife was from a rich family in one of the biggest emirates in Kaduna.

Kannywood Scene, a platform showcasing Hausa speaking actors (Kannywood) revealed that Ali isn’t getting married, which the actor later retweeted to his 40,000 followers.