Who is that hot model rocking yellow hair and wearing all that juicy couture? Why its Kate Moss!

The English Supermodel is the new face of Alexander McQueen’s Spring/Summer 2014 Ad Campaign and she is looking hot doing it. With photos taken by Steven Klein, Kate is makeup free and rocking Sarah Burton‘s black leather and gold warrior wares with cropped yellow hair. No, you’re not seeing double, Kate is joined in the shoot by a doll wearing matching outfits.

According to Creative Director Sarah Burton, the campaign was inspired by the British 1960 movie  “Peeping Tom”; which is centred on a serial killer who murders women and then records their dying expressions on camera.

Oooh Scary! Check it out. 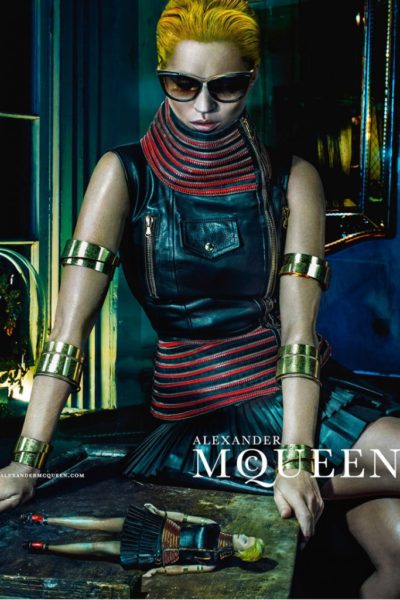 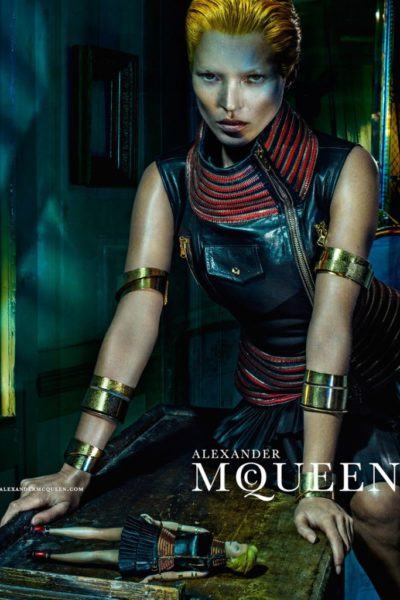 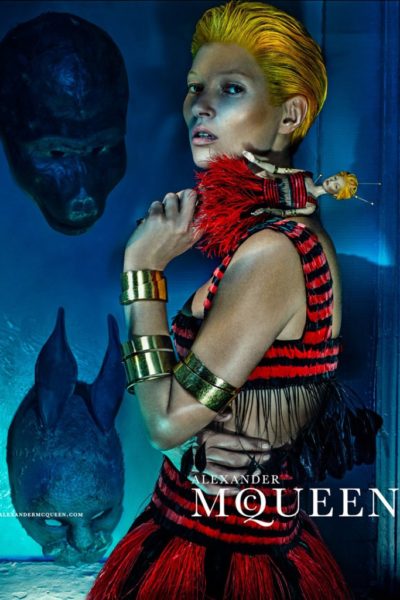 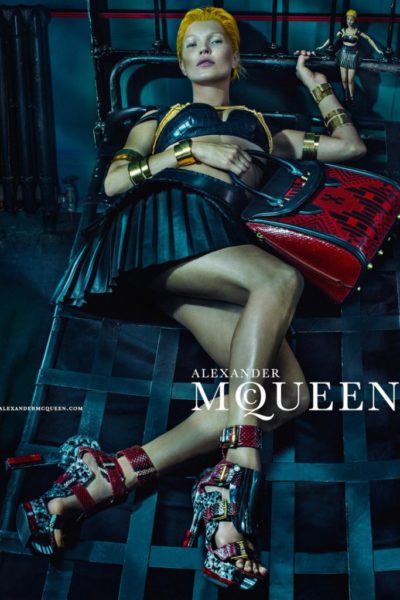 The label released a haunting video to go along with the ad campaign that tells a scary tale featuring Kate Moss as the unsuspecting victim and a murderer on the loose. Enjoy!