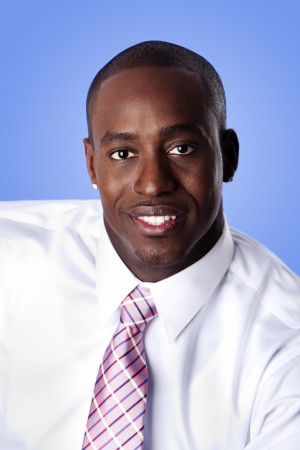 Having a dream is very important but beyond the dreams, achieving them is the real thing. I recently said that the world does not honour noble intentions. It only respects results. Some years ago, I saw a video titled ‘the greatest inventions that were never achieved.’ Ideas can be lofty and you may also sound grandiloquent while expressing the ideas, but we need much more than the grammatical colouration and packaging. We want to see it happen.

Why is it that some people have great dreams and all they ever have is the dream with no result to show for the dreams? We can go on with a long list of reasons the dreams of people do not come to pass. In some countries of the world, including my own unique country, Nigeria, people blame the failure of their dreams on the government or the society. There are people who think the failure to actualize their dream was because of the family they were born into, or the circumstances surrounding their birth.

A few others really think that if they had been born into a wealthy family, they would have been able to achieve their dreams easily. That may not be so far from the truth, but it could also have turned out differently. Some of the people who start out on the platform of wealth are so comfortable that they will never be forced to think as hard as you are thinking. You don’t have it all so your survival instinct is forcing some creative juices out of you. If I will put it in another way, I should say it is pressure induced creativity.

It does not even matter if it is pressure induced creativity or not. I always appreciate the fact that people are thinking. So many people think their dreams are not being achieved because of the people who have refused to help them. They have presented wonderful ideas to some people, who in their opinions have the resources to help, but these people always come up with one excuse or the other and never help.

Some people even make promises to you and they allow you to relax. By the time you are completely relaxed, you suddenly realize that a lot of time has passed and nothing has happened. When you get back on your feet to follow up, you realize nothing was going to happen in the first place.

I have been there. I have spoken to people about my dreams. On several occasions I have shared how I intend to do some businesses or even run organizations that will strictly mentor teenagers and help them to become purposeful in life. I can’t count how many proposals I have written with tons of emails already exchanged. Some of those conversations start on a great note with some promises. At the end of it all you just discover that you have been dispensing some energy that you ought to conserve.

The natural tendency is to get bitter with some of those people. It’s even worse if they are your relatives and you see them on daily basis doing good or even living large. Sometimes you may even calculate in your head that what this person spends in a month is far more than the capital you are requesting. If you are even going to achieve that dream in your heart, one of the things you need to avoid is being bitter with those people. If you ask me why, I’ll tell you that bitterness is too acidic for both you and the dreams that you carry. It’s like a pregnant woman taking alcohol and gulping it like water.

You owe your dream a duty to stay committed to it and keep thinking, modifying, brainstorming, consulting and making propositions until the dream is achieved. I have seen people whose dreams became a reality and they are indeed grateful to those people who refused to help them. In fact, they say that if those people had helped them when they wanted the help, they may not have done much in life. Some of those other people that you are also blaming for not helping you are probably those who would have destroyed the dreams if they got on board to help. A few of them might take over everything from you or just choke the idea to death.

It is your dream, not theirs. If no one else believes in you, I do. I also know that the dreams you have been nurturing will become a reality so long as you keep working at them. If you choose to keep blaming those who have not helped you or are not helping you, your energy that could be used on getting the job done will be expended on blaming and fighting people.

Some of them will come back to say they are sorry they did not help or they may watch from a distance. Just know that their help is not the constant factor in the achievement of your dream. It is a variable. You are the mother of that dream. You must nurture it, watch it grow and eat your reward when it comes. At that point there will be no other person coming to claim that they did it for you, thus having to remit some of your rewards!

#SMWLagos 2014: Day 4 is Loaded With Over 30 Compelling Events You Shouldn’t Miss!