You know how we love creative pre-wedding videos and shoots!

Meet Debra and Victor. She gave him such a hard time – it was months from their first meeting to their first date, then a couple more until their second! When she finally gave her future groom a chance, it was clear they are a match made in heaven.

“Victor LOVES soccer and through him I have grown quite fond of it too, so we decided to go with a soccer themed love story, it was a lot of fun to shoot. I hope you enjoy it :)”

Don’t let their cute faces fool you, this couple plays a good game!

Bride to be: Debra Ogunrinde
Groom to be: Victor Attah

How They Met
the groom’s version
I saw Debra at a friend’s birthday dinner four years ago; I was invited by a friend to his cousin’s birthday dinner. I was looking at her and wanted to approach her but she looked like she did not want to be disturbed. She was there with one of her close male friends that I thought he was her boyfriend so I didn’t approach her but I still thought to myself, “this girl is beautiful!”

On my way home from the party I asked my friend to call his family friend that Debra was riding with, and asked him if that was his girlfriend so he called him and the guy said “no” that she’s currently single but she does not talk to Nigerian guys. I said “don’t worry about that, just put her on the phone so I can talk to her.” We talked for a while and at the end of the conversation we exchanged numbers. A few weeks later, we went out for dinner and at that dinner table she teased me about talking loudly and staring too much. To make a long story short by the end of the night we both went our separate ways.

After chasing her down for the next few months, she finally agreed to go on our second date. By our second date we began to realize that we had so much in common from our taste in music, to the church we go to and even the inside jokes we make. I can’t help but think how blessed I am to be marrying such a beautiful woman inside and out, she is my best friend and everything I want in a woman.

Her version
It was February 2009, a close friend of mine was having a birthday get together and I went with another friend, Hakeem to celebrate with her, when the night was over we were on our way home and Hakeem tells me “I’m on the phone with this guy that is interested in meeting you, but he wanted to know if we were dating.” I laughed and took the phone, Victor and I exchanged numbers but we didn’t go on our first date until that summer.

On our first date I immediately noticed his radiant smile but I wasn’t sure if he was my type so I let him call and wonder about me for the next 6 months. By January 2010 Victor and I went on our second date, by this time I opened up a little more and I am EVER so glad I did. His maturity, respectfulness and loyalty are rare amongst many and ever since I opened my heart to him I knew this would be the man I would marry. I was able to see Victor for the man that he truly is, a well rounded God fearing man.

What a lovely story!

The couple recently had their wedding – look out for it soon on BN Weddings! 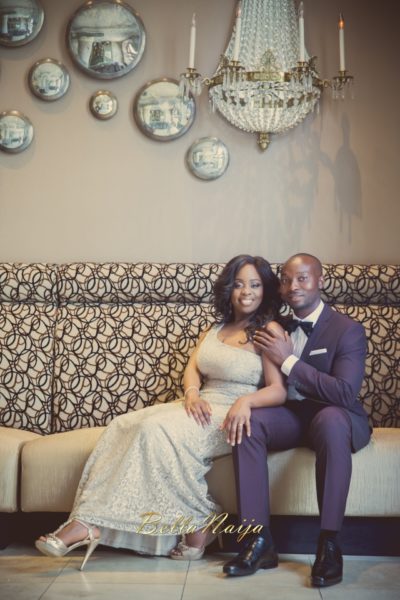 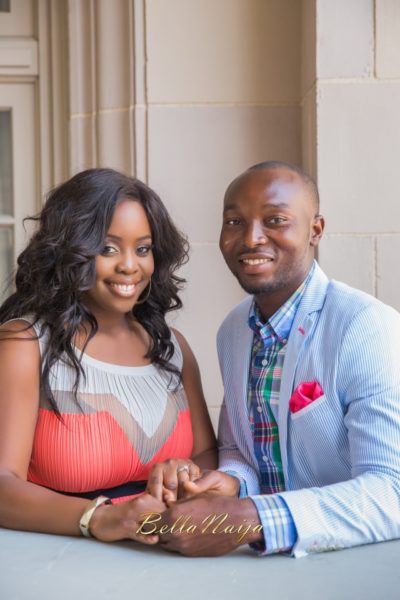