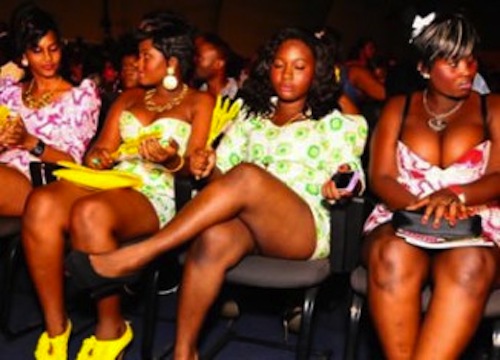 We know this story may sound crazy, but sadly, it is true.

Reverend Njohi, a Reverend at Lord’s Propeller Redemption Church in Kenya, ordered the female members of his congregation to attend church without any form of underwear so that  Christ can enter their lives.

He reportedly banned the wearing of undergarments in his church because they are ungodly, and people need to be  free in body and spirit to receive Christ.

According to The Kenyan Post, Njohi allegedly warned members that there would be terrible consequences if they attempted to secretly wear bra or pant. Mothers were also advised to make sure their daughters comply with the order.

In today’s age, it seems as though some unscrupulous pastors are abusing their authority as so-called “Men of God.” Take for instance, the case of the South African pastor Lesego Daniel of Rabboni Centre Ministries who instructed his congregation to eat grass so they could be closer to God.

On the other hand, some naive Christians fall victim to these kinds of scams, and begin to fall into the trap of worshipping their Pastors instead of worshipping God.

Bella Naijarians, what’s your take on this issue? Are preachers like Rev. Njohi and Lesego Daniel to be blamed for these incidents? Or do you think its the congregations that are to blame? Let’s talk about it!