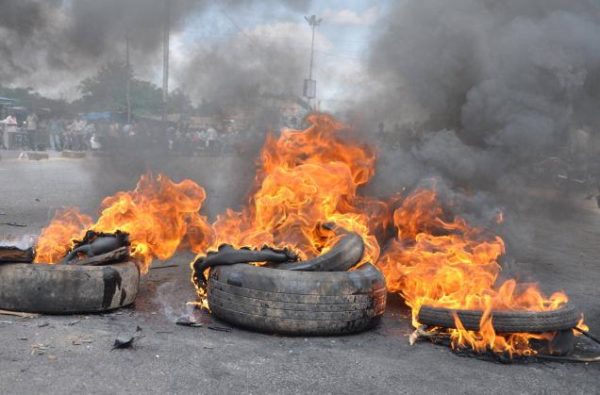 In this day and age, it is shocking that people still engage in ‘jungle justice.’

Four kidnappers have reportedly been caught in Osogbo, Osun State within the last 24 hours. Two of the kidnappers are women, and one of them was allegedly caught with 3 abducted children.

According to reports, a mob attacked the women yesterday, stripped them naked, and gave them a severe beating. One of them was reportedly set ablaze and burnt to death. The other woman narrowly escaped the same fate. Luckily for her, police men arrived at the scene and intervened in the situation.

An eyewitness tweeted about the incident: 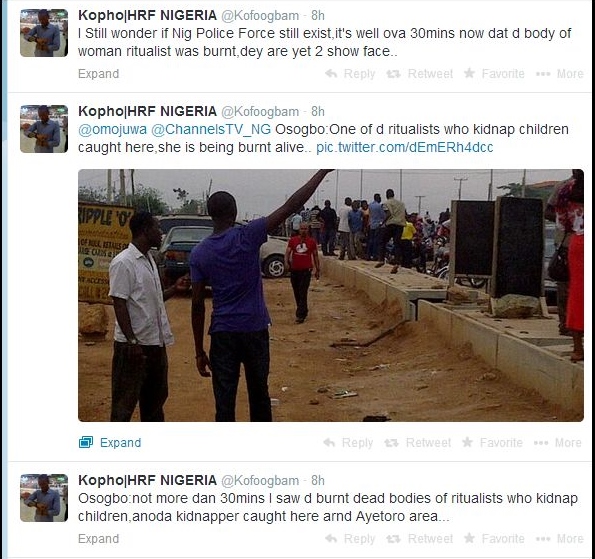 The alleged photos of the incident are extremely gruesome. Due to their graphic nature, we have decided not to post them.