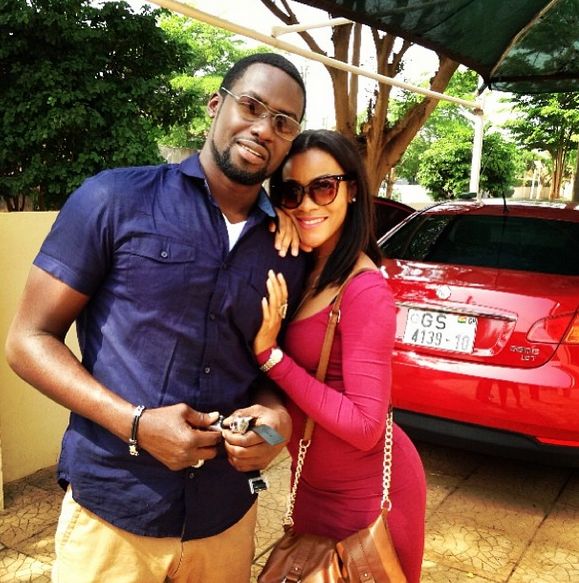 And the good news keeps coming in. A huge congratulations to Chris Attoh and Damilola Adegbite who are expecting their first child.

The ex “Tinsel” co-stars got everyone saying “Aww…” when they announced in January 2014 that they are a couple. They later revealed they’ll be tying the knot this April.

We sighted the big screen beauty sporting a baby bump, but we wanted to check with the couple before confirming the obvious joyful news.

BN placed a call to Chris Attoh who was more than graceful to accept and direct us to his publicist Rosie of Waka Agency in Ghana.

“Yes, they are expecting” she exclusively tells BN.

Rosie also gave us an update on their wedding; Damilola and Chris have decided to postpone the wedding till later this year or early next year.

We can’t wait for the baby and the wedding. Cheers!