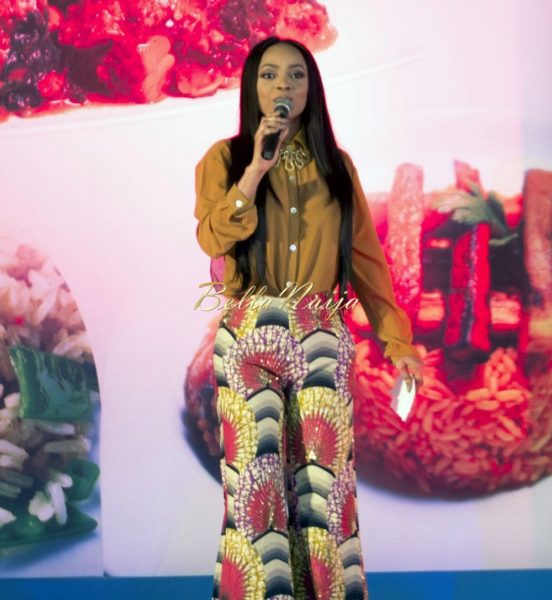 Today Wednesday 9th April 2014, Toke was unveiled in the presence of select stakeholders and the press in Lagos. She rocked two outfits at the occasion including a brown shirt and ankara pants by iamISIGO as well as a blue-and-pink print Meena dress.

A source who works at Maggi said the exact amount will not be stated but revealed exclusively to BN that it is a “double digit” million Naira endorsement. The source also states the brand is happy to have her as a face of its stock cube.

2Face Idibia who performed at the event was there with his wife Annie Macaulay-Idibia, both rocking black. 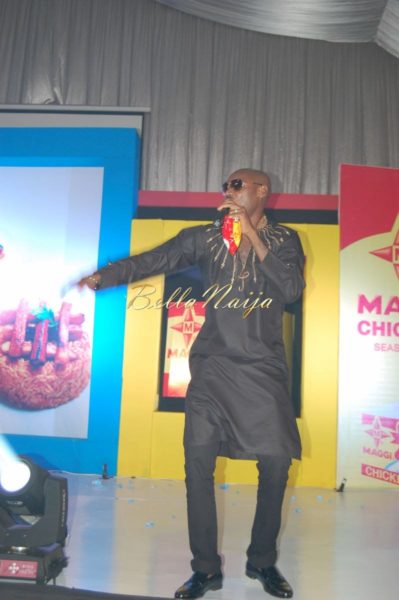