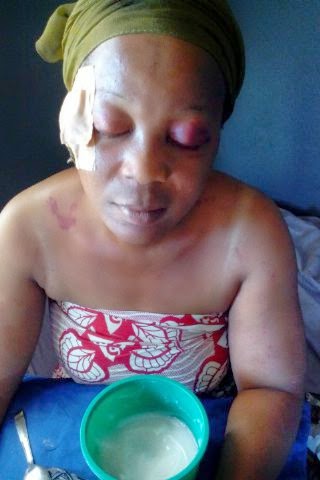 Ogun State APC Chieftain, Bashorun Bayo Awosanya, who allegedly battered his “wife“ has been arrested by the Nigerian police in Ogun State.

Awosanya reportedly went into hiding after the incident was publicized. However, he turned himself  in at the Sagamu Police Station in Ogun State yesterday, according to Sahara Reporters.

He has reportedly confessed to beating his “wife,” and will be interrogated further by the police. He will be charged to court upon conclusion of  investigations.