Toolz' Thoughts: Thou Shall Not Lie To Thyself 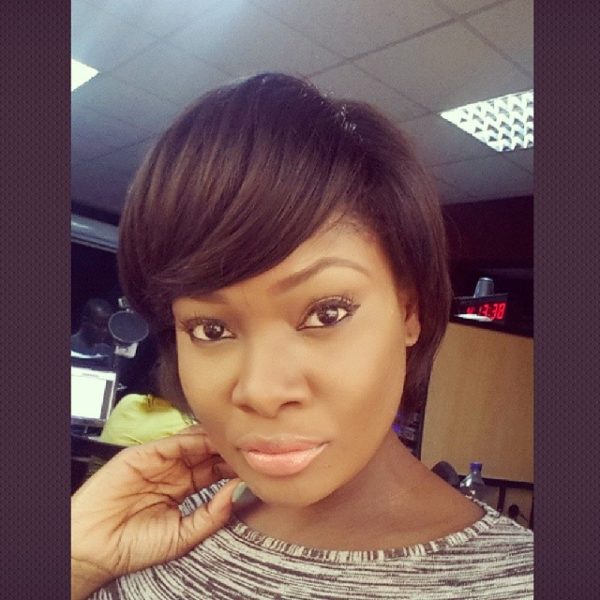 So something happened a few weeks ago that I MUST share with you all!

Every few months I log into Facebook to see what past colleagues and old friends have been up to – who got married? Divorced? Had a baby? Came out of the closet? (I’ll tell you about that some day) and so on…
I came across a recent update from an ‘ex’ and he was cuddled up with his wife and new son. The wave of bad belle that came over me was incredible! The short-lived bad belle wasn’t because I missed him and wanted him back, truth be told I had forgotten about him till that picture came up. It was because a few years ago, I would have given an arm and a leg to be that woman in the picture with him, as in I loved this guy DIE!

We met during my final year of university; he had just moved from Houston and didn’t know a lot of people in London, and after a few random conversations about course work, he asked me out. Our first date was amazing, and after about a month of seeing each other a few times a week, I was almost certain he was ‘the one’.
After dancing around the issue for a week or two, I was finally brave enough to bring up the ‘where are we’ issue. His exact words were ‘I really like you Tolu, but I’m not looking for a relationship right now’. I had to take a moment to mentally pick up the fragments of my broken heart, then I smiled at him and said ‘No worries, it’s ok’

I avoided him for about 2 weeks as I licked my wounds and tried to regain my pride. Towards the end of the 2nd week I had miraculously convinced myself that he was only saying he didn’t want a relationship because he didn’t know how much of a fantastic woman I was. So I became his ‘standby friend’ – I was going to be on standby till he realized he actually wanted a relationship – with me!

I would hang out with him at every opportunity, listen to all his ideas with undivided attention, fret over him if he sneezed, and I would even go to his house to cook for him…he definitely had my mumu-button.
For almost a year I waited and played my standby role very well. I told myself plenty of lies, ‘He really does care about me, he wouldn’t be hanging out with me if he didn’t’; ‘He’s dealing with a few personal issues, so I just need to be patient and he’ll wake up one day and realize I’m the one’. Yes, I was subconsciously defrauding myself.

He left London for a few months on an internship, and I missed him badly. My mobile phone bill was ridiculous because I would call him regularly for a ‘friendly chat’, he would call me too, but I was definitely doing more of the calling. I soon realized that he wasn’t missing me the way I missed him, so I let things chill for a bit. When he returned to London, I was over the moon!

My birthday was in 2 weeks, and I decided to have a little get-together. I also thought that this would be a fantastic opportunity for him to see what he was missing. The plan was to get super-dolled up and flaunt my fabulousity in front of him, and of course he would call me the next day and say ‘Tolu I missed you, I’ve been such a fool not to realize how incredible you are – please be mine’ (Yimu right?).

On the day of my party – I had two sexy outfits that were picked to make him drool. I was nervous, anxious and hopeful.

He finally arrived!
I opened the door, and he looked at me and said ‘You look amazing’. I was positively beaming as he hugged me. As I ushered him into the living room, he stopped and said ‘I hope you don’t mind, I brought my…..girlfriend, she’s just getting something from the car’.
If he had slapped me I wouldn’t have been more surprised!

What had just happened? The guy I had been on standby for had boarded another flight!

It hurt like hell for a while, but when I finally stopped lying to myself, I had to admit that I had been quite daft. The cold hard truth was that he SIMPLY didn’t want a relationship with me. He liked me, but not enough. He was just ‘not that into me’.

In his defense, he didn’t actually lead me on, but I convinced myself that patiently waiting in ‘standby mode’ would bring him closer to the ‘truth’ that he couldn’t see clearly.

One of my best friends gave me the best advice ever while I was going through this; she said ‘If someone REALLY wants to be with you, they will do EVERYTHING in their power to be with you. None of this – ‘I’m not ready for a relationship’, ‘I need to focus on my career right now’, blah blah blah. Think about it, if you met someone that you felt was right for you, wouldn’t you do your absolute best to make it work? If you are getting different excuses, then chances are that they don’t think you are the one. A tough pill to swallow, but so very true.

I did, however, learn a valuable lesson from this – one of the worst things you can do in life is lie to yourself, and potentially rob yourself of what you truly deserve. Whether it be a relationship, a job, whatever situation it is, do your best to be honest with yourself. If a situation isn’t giving you what you need, don’t fool yourself – have enough self-respect to say ‘I’m not getting what I want from this situation… and I honestly won’t be able to settle’

I’m sure I’m not the only one this has happened to, so do you remember that person that got you so good, that you ended up lying to yourself?