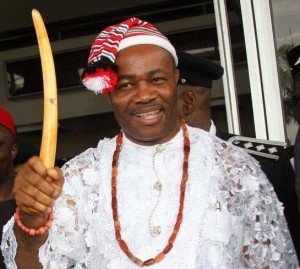 If you recall, he forwarded a bill to the state’s House of Assembly to approve among other things, a N100 million medical allowance for retired governors of the state.

The bill was passed on Monday.

According to Punch he said today Wednesday 28th May 2014, “With the signing of this law, it supersedes the existing law passed by the previous administration, which had been in existence since year 2000.

The Nigerian constitution empowers the State Houses of Assembly to make laws for the wellbeing of its people. So, we have today made the Pension Law for former governors and their deputies. This law was made in the year 2000 and was amended in 2006 and is now being amended in 2014.

Emir of Gombe Passes Away at Age 76