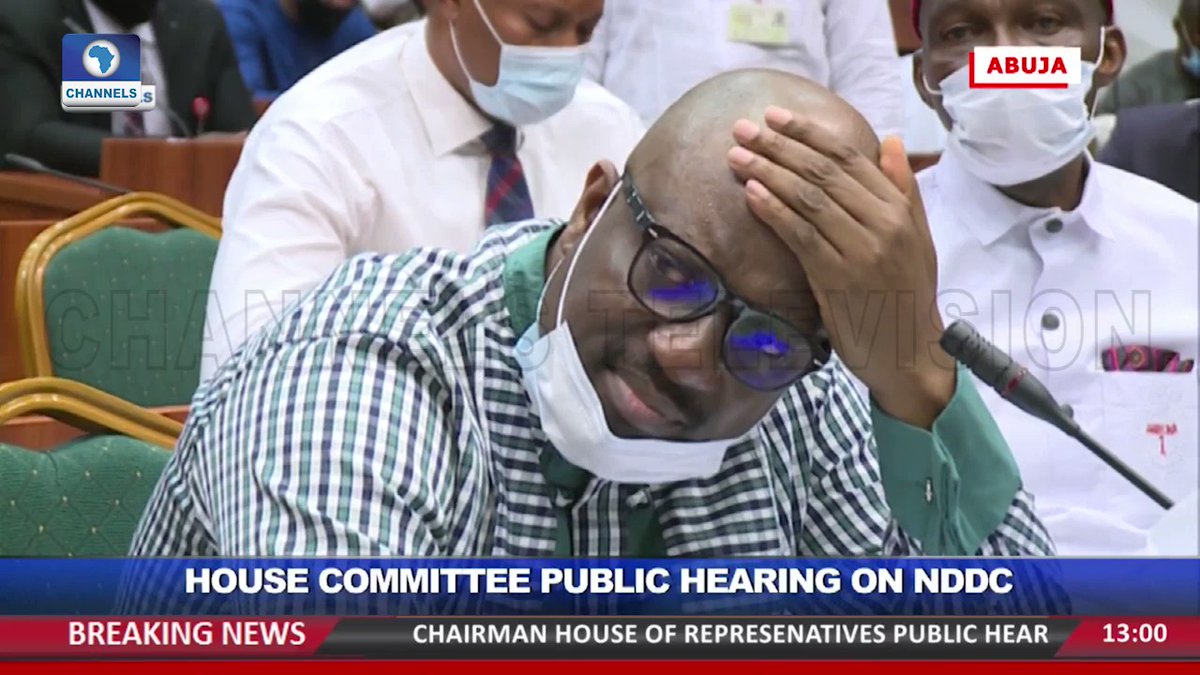 Lawmakers investigating corruption allegations in the Niger Delta Development Commission (NDDC) had on Friday summoned the Acting Managing Director/CEO of the NDDC, Kemebradikumo Daniel Pondei and the Minister of Niger Delta Affairs, Godswill Akpabio, to appear before them today, Monday, as the country seeks to understand how budgetary allocations of over N81 billion to the agency has been spent.

During the briefing, Kemebradikumo Daniel Pondei almost fainted before the House of Representatives Committee. This led to drama at the venue, as members of the committee rallied around him trying to resuscitate him, and according to reports he has been taken out of the hearing to the hospital.

Before the pandemonium, Daniel Pondei was being questioned over N536m paid to a group associate in the Niger Delta region.

Nigerians have joined the discussion on Twitter, with a large percentage who feel Pondei’s action must have been stage-managed, While others hoped for Pondei’s quick recovery to allow for continuation of the probe.

Omo. Are we sure it was faked? Ha. Looks serious pic.twitter.com/4R1Kt8Qxaj

Joi Nunuieh wasn’t wrong when she said Akpabio told her to take oath. Those that know, know.