Seun Tuyo: The Role of Entertainment Media in Parenting 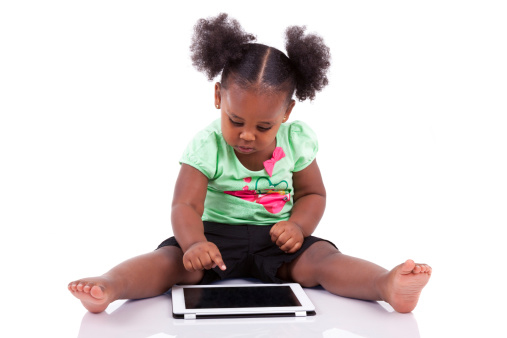 Bored out of my mind…sitting at home on Easter Sunday with all the festivities wearing out, I was thinking of something to do that required no effort at all. Ah! I thought, I’ll flick around the TV channels. I start flicking the local TV channels and I am attracted to the loud music booming from one of the channels. There are heavy chants of ‘your waist, your waist, all I want is your waist’ – a hit track from one of Nigeria’s new generation musicians. I get very interested in what looks like a fanfare; the camera is fixed on an energetic crowd, who was cheering so vigorously. I waited impatiently for the camera to show at least a sneak peak of what these people were cheering at. Soon my curiosity was satisfied…. little children dancing.

Now the song had changed to another one – not so different from the first, “Eh…Alhaji, alhaji”…if I thought they were previously on a fast gear, I was in for a rude shock. Before I could even say “alhaji”, the children had hit the nitro switch and entered overdrive. They began to perform dance magic on stage – vibrating bodies, waist rolling, hands in the air, eyes rolling, sweat dripping, for some, tongues stretched out and others mouth open (very far from convulsing or exorcism though). Not long after, a little girl of about 7 years old, headed for the floor, did a split and started twisting and hitting the floor with her butt, the crowd still cheered on, my jaw dropped. I couldn’t explain exactly how I felt at that moment. I wanted to change the channel to something else, anything at all but this. I felt very uncomfortable, and guilty for watching it at all (Yes, I finally found a description for how I felt).

As I made my thoughts vocal, my cousin chuckled and said ‘wait till it is the turn of the parents’. My mouth tasted sour, I was indeed disappointed! Where did those little children, especially that little girl learn that? She must be replicating something she’d seen. What happened to the days when media content was strictly monitored and controlled by parents and regulatory bodies? TV stations had specific time for kiddies programs and adults as well. These were in sync with school time and bedtime. I remember getting home from school around 3pm when I did not have any extracurricular classes, between 4pm to 6:30pm varieties of cartoons and educative programs like KidiVision 101, Speak Out, Tales by moonlight (our Sunday special) kept me busy. My mom had the TV once it was 7pm; she religiously listened to the news on different stations until 10pm, and still does. My bedtime was 8pm.

This was a rule because she insisted on my brother and I listening to the news headlines at 7pm before heading for bed. I didn’t like the news but hey, in my house if you were not up to date, no parties. Talking about parties, children’s parties were children’s parties, we enjoyed tasteful music with censored lyrics that did not go beyond ‘take some time to bubble and shuffle’ or ‘Uhh Yea, I wish you happy birthday, Uhh Yea, very many happy returns’, easy dance steps that were strictly swaying left and right on the same spot, an imitation of Michael Jackson, or the lovely ‘chair dance’, with lots of games and refreshments. Adults had their own time well after ours was over, different music, different dance steps and different refreshments. If you were born before the 90’s, you can relate to these and even more societal norms that I might not remember. This is no longer the case these days.

The media is rapidly taking over parenting in many households. Parents are under so much socio-economic pressure to make ends meet. Parents unknowingly pass on the need to provide distractions and babysitting to the media, who elbows the parent and gallantly step in to fill that obligation in the way they know best, to entertain! It is intended to entertain but in reality, it takes over the core of parenting. Character formation, value and culture orientation and mentoring are in the hands of the media. Children learn by observing and imitating. Think about it, common words used repeatedly around them are copied, including profane words. Even as adults, while watching a movie or a programme, at times, you get engrossed in the plot, or the actors. The effect lingers long after the movie is over. And thanks to technology we have found other ways to keep reliving the fantasies. The world has evolved, and so has information technology.

The presence of the media is strong everywhere with overwhelming content. More “suggestive” dance steps, explicit sexual content, drug and alcohol use, violence, nudity, and profanity are shown on many TV stations and shared on various social media platforms – unrated – mainly to satisfy the adult’s crave for entertainment. Children, however, do not have the complete capacity to discern fantasy from reality and therefore, should not be exposed to this kind of theatre. During their formative years, children accede to whatever they see on the media and build a belief of an ideal lifestyle out of it. For example, you find young boys choose to wear clothes bigger than their sizes just to look like the ‘rappers’ on TV while young girls have to wear everything and anything that Selena Gomez of ‘Wizard of Waverly Places’ or the old Miley Cyrus of “Hannah Montana” put on. When a child sees a video of young adults whining and grinding against each other on the dance floor, they begin to believe that, that is a reflection of maturity – the ultimate seal of acceptance and adulthood amongst their peers, that is, and you know what they will definitely do next. Social media platforms competing for a child’s attention have become numerous today.

It is impossible to keep an accurate record (ask your child how many channels and how many sites he/she visits daily). A child can spend more hours watching television, browsing the Internet (computer, tablet, and laptop), playing a video game console, and chatting on a mobile phone – than in school or with family.

There are fall-outs from excessive media use – I know this because I have seen it in my little cousins at home. Their attention span reduces; they find difficulties in school, academic performance decline, sleep and eating disorders increase. In more extreme cases, an appetite develops for alcohol and illegal drugs, sexuality and violence. It all emphasizes a fundamental point: although our world has always experienced change, the rate of change, today, is going out of control.

These days, children mature quickly. The growing up process has been eliminated. Parents and guardians are caught up in the assumption of what their children should already know at a certain age. We cannot assume children to have the same sense of judgment as adults.

It is the responsibility of parents to teach their child what is appropriate or not. Take time to re-evaluate your style of parenting and the media. What kind of minds are you raising? Are you enforcing a rating system on media in your home? What do we expect these minds to develop into, having been exposed to unrestricted media content? Are we raising responsible adults we need to help build a better society? You are probably wondering now if I am only aware of the negativity that comes with the media but I tell you, the effect of the media is debatable – it has its pros and cons and like everything else, moderation and supervision bridges the gap.

Times have changed, no doubt, we are busier than ever, life is more complicated as a result of globalization and the evolution of technology, but I strongly believe it is our responsibility (you, me, and everyone else) to guide our children positively, do not put it off. Parents should make out more time to spend with their children. Do not concede to making the media a member of your family…a permanent shareholder. We owe our society this much. Remember, it takes a whole village to raise a child.