Theresa Omoronyia: The Irony of Religion 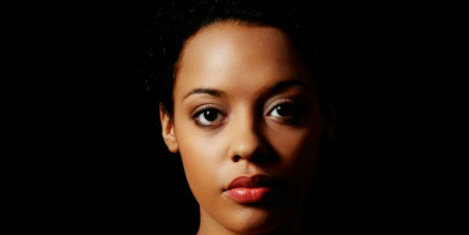 Isn’t it ironic that Islam which many Muslims agree is a religion of peace is used by many Jihadists, and even some governments like Sudan, to oppress others? Isn’t it ironic that Christianity which is a religion founded on the love of God through Jesus Christ, has been used by many Christians to hate, cheat, steal and kill? History is full of examples of that, the Crusades, the Inquisition, anti-Semitism, Witch-hunting/killing, etc. Even today in our own dear country we are well aware of people who claim to be Christians yet practise pure wickedness. In all cases, these people justify their wickedness with Holy Scriptures, encouraged by their clergy/leaders.

This article is not to condemn religion in itself but the people who use it as a cover for evil. The reason we continue to see such violations of religion is mostly because people are ignorant of what their religion teaches. So they listen to deceptive clergymen and women, who twist passages of the Holy Scriptures to satisfy their own ignorance and selfishness.

The Holy Bible put it nicely when it said in Hosea 4:6a, “My people perish for lack of knowledge”. The knowledge of what God wants liberates us from committing vile acts and thus glorify Him. I don’t think God is glorified when we hurt others in His name. I don’t think God is glorified when people are disgusted with religious attitude that causes injustice. On the contrary we make God look bad. People say things like, “If that is how your God is, then I don’t want to have anything to do with Him”. Is it any wonder that more and more people are becoming atheists now? They are simply put off by the irony they see among adherents of the different religions. Religion should be attractive, sadly its the reverse due to our attitudes.

So what is the way out? The story of the pregnant Sudanese woman,Meriam Ibrahim, facing death for being a Christian, gives us ideas. As painful as that story is, there is one aspect few people see: courage. Her courage, but even more amazing the courage of her Muslim defence team! Why would these men whose religious clerics have ruled that this woman be hanged for being a Christian, defend an ‘infidel’? These Muslim men have received death threats for daring to go against the ruling of the religious scholars, yet they persist. Why?

Knowledge
These educated men, lawyers by profession, who are used to defending and refuting claims, knew that just because a passage is in the Scripture it doesn’t mean it should be used arbitrarily. This knowledge made them to refuse the ‘wisdom’ of the clerics who are limited by their traditions and hatred. Slavery, murders, rapes, injustice, human trafficking have been perpetrated by criminals who try to assuage their guilty conscience with Scripture passages or support from confused clerics of all religions. Don’t be deceived friends, even the devil quotes religious passages.

So yes you may be tempted to do something that is against the fundamental principle of your faith. And the person telling you to do this may not look like the devil with horns and a tail. It may actually be by someone you respect or love. As long as what they are suggesting is contrary to what you know about your religion, you must reject it. Don’t forget to place any justification you are given in context, the wider picture. It may have been relevant many centuries ago with its peculiar customs, but is it relevant in the 21st century? Does it make sense to you? Would you want that to be done to you also?

Respect for others
Another reason why these Muslim lawyers are defending this Christian woman is because they respect her views. They don’t necessarily agree with her faith, but they definitely see her as a human being first. Believe it or not, we can agree to disagree, we can still live side by side even though we don’t see eye to eye on the same issues. Why do you hate another person sorely on the basis of who they pray to, how they worship, and their customs? Why judge a whole tribe or religion on the basis of a few criminals? Shouldn’t we be judged on the basis of our character instead?

Loyalty to ethics, not just any leader
Loyalty is good, but if misplaced, it can be a disaster. The reason some Germans participated in the Holocaust was due to loyalty to the Nazis. The reason Hutu Rwandans committed such horrific atrocities during the Genocide against the Tutsis, was because of loyalty to their Hutu tribe. The reason corrupt politicians and hateful clerics who plunder us and incite us to hate still get away with their crimes is because some people feel loyal to them on the basis of tribe, religion, political party, gender, etc. Like the Muslim defence team, we should be loyal to higher ideals of humanity first, then we can test if a leader deserves our loyalty. This moral compass will save us from blindly following leaders who are themselves blind and self-serving.

Courage
It takes courage to do what these men are doing. Each day, they walk in the realization that that could be their last day on earth, yet they choose to do the right thing. I wonder why these men do this, I wonder why the lady herself simply refuses to save her life by renouncing her religion. The answer is found in her statement,“I know I could stay alive by becoming a Muslim and I would be able to look after our family, but I need to be true to myself.”

That’s the answer folks, we will need courage to be “true to ourselves”. Imagine how pathetic it is to look at yourself in the mirror and hate yourself for being a coward, too afraid to do the right thing, say the right thing, defend the oppressed, just because you don’t want your family and friends to disassociate from you? It was Shakespeare who said, “a coward dies a thousand deaths, but a hero only once.” And that is why these Muslim men defend this Christian woman’s life.

I believe like Chude Jideonwo’s book title, we are the ‘Turning Point Generation’. As our country slips towards anarchy, we have to wake up and rescue it before it is too late. It will be sad that with all our education, exposure, enlightenment and opportunities, we refused to unite to stop charlatan leaders from using our insignificant differences against us. It will be sad that we were too scared to confront deception and ignorance headlong. It will be sad that we bought into the lies, conspiracy theories and blame-games peddled by selfish leaders. What will make it even more sad is the disgust we would feel when we look at the mirror and see the pathetic coward who wasted opportunities to make a difference.

I don’t know about you, but I choose to be #UnitedAgainstTerror. I encourage joining protests, but there must be other ways we can unite to tackle our differences which are driven by suspicions, mistrust and bitterness. Any practical suggestions?