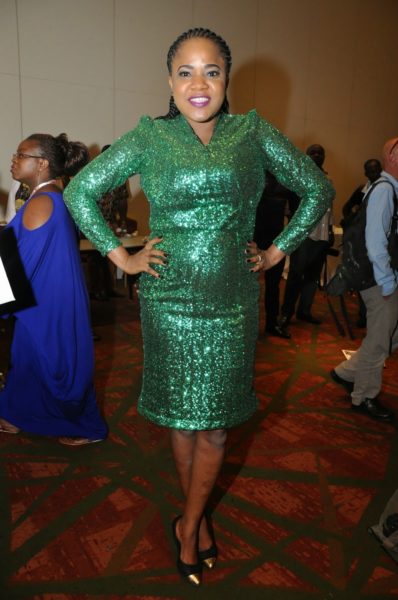 Over the weekend, there were multiple reports that Nollywood actress Toyin Aimakhu Johnson is expecting her first child with hubby Niyi Johnson.

The source? Viral photos of her posing in a green sequined dress at the Africa Fashion Week Nigeria held on Sunday 18th May 2014 at the Eko Hotel & Suites, Victoria Island, Lagos.

BN reached out to the movie star who is famous for her numerous roles in Yoruba flicks, to confirm if she indeed expecting.

She confirmed that she is not expecting but it was the design of the dress that suggested otherwise. 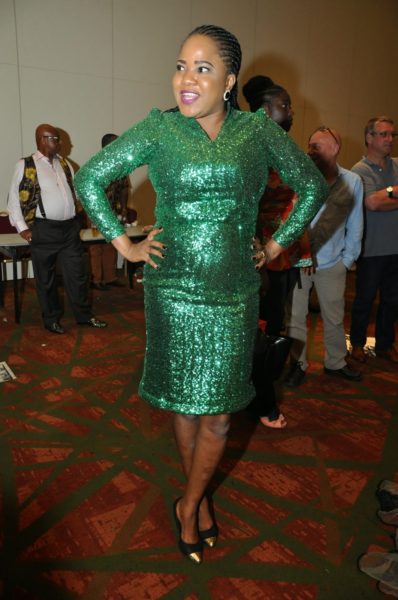