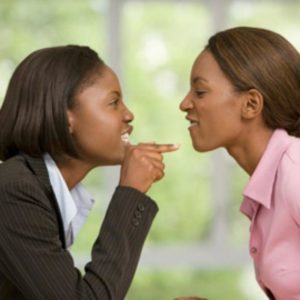 Yemisi and I were classmates at University. She was a chain smoker and a heavy drinker for many years. Yemisi used to have more hangover days than sober days. These habits affected her academically, psychologically and medically. She finally realized her habits were getting out of hand. She made several attempts to stop and she would start off fairly well, stay off for a few weeks and then congratulate herself. As part of the celebration, she will offer herself a treat usually one drink and one stick of cigarette which usually led to another and another until she was back to square one.

Everything around her started to deteriorate. Not many people had the courage to talk her out of her habits and those who did came across as judgmental. She avoided them and kept the company of people who were like her. She wanted to stop but she couldn’t. Anyway, she finally got hold of her urges, admitted and accepted she had an addiction problem and with self-control, commitment and well-meaning friends; she has been clean for 7 years and counting.

Addiction to anything is a difficult to conquer. I believe many people are addicted to something one way or the other that gives them temporary pleasure with a negative or positive effect. Addiction is not only about substance abuse; you can also be addicted to work, junk food, sex, pornography, video games, Internet, social network, gambling, shopping or even the use of mobile devices.

Overcoming addiction is challenging and the bane of procrastination does not help. Procrastination is a negative habit of unnecessarily stalling or adjourning an activity that is time related. Most times, procrastination thrives in the midst of other negative situations – like depression, self-doubts, anxiety, substance abuse, urge control, indecision and others. Procrastination becomes habit overtime and with excuses like having had a bad day or been unable to handle the tension of not giving in, you find yourself repeatedly failing on your resolutions and making new procrastination patterns. Remember your 2014 New Year resolutions? How many have we kept? I know, too many distractions, right?

When it comes to managing addiction or procrastination, I know there is no quick fix. To express restrain from a pressing urge to do something successfully takes a lot of effort and self-control. Have you ever tried to give a candy bar to a child and tell them if they do not eat it immediately, they will get two candy bars? It is very likely that they will win. Although it is very difficult for them to exercise restrain, the fact that there is an enticing reward, they will exercise self-control and win.

Typically they will remind themselves continuously in words and actions and perform distracting activities to avoid giving in. I like to think self-control is a skill rather than a behavioral trait. Continuous practice of resisting urges, after a while becomes easier. It is important to realize from the start that urges are time-limited and will go away if we can wait it out and divert the thoughts to other things. By simultaneously refusing to succumb to addiction and procrastination, you are on the way to shaping your life for better with sensible choices. These choices help you avoid difficulties associated with addiction and put you in a better place other than an ambiguous hope that  “I know I need to do better but…later”.

Anyone who knows me well knows that I try to watch my weight from time to time using all sorts of weight loss plans available to me but like Yemisi struggled, I constantly find myself slipping into old habits but I am taking steps to overcome my love for the wrong things that affect my weight. You know the saying – the first step to recovery is admitting you have a problem.

And so here we go…
Hello, My name is Seun, I am addicted to coca cola, chocolates and white bread. How about you?

Popping Colours for May 2014! Zen Magazine’s “Colours To Die For” Editorial