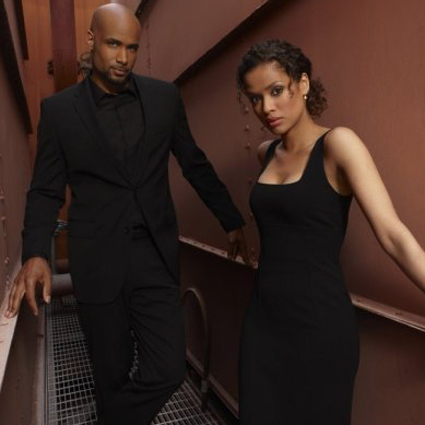 It really does not matter what name people give to this special role in the lives of everyone who has a dream. The most important thing is that you need a ‘dream maker’. Some people call them ‘way makers’. Others call them ‘enablers’. When you have a dream maker, way maker or an enabler in your life, they make things happen for you. It is very likely that they will help you with things that you can never do for yourself, and in no time will be achieving things that could have taken you donkey years to achieve.

In 2005 I met one of such dream makers in a tertiary institution. I had been writing for a while but the earliest memories of my works, with proof that can be produced, date back to 2002. I thought about publishing my works and went from place to place trying to get help. I spoke with individuals and CEOs of companies. Some of them just didn’t think it was important and that was how I was turned down by many.

When I summoned the courage to attempt publishing my works again in 2005, I met the then Vice Chancellor of a university. He was so simple and down to earth. He took time to listen to me and the team that I had put together for the project. When we finished, he commended us for a good presentation and he gave us his full support. As fate would have it, he was not only supporting with words, but with actions.

He gave us his official car and a driver to go after a publisher in Ibadan. He gave us an allowance for that trip. My team and I were so excited. We almost could not believe what was happening to us. After the trip we felt a little bad because we didn’t know what to do with the cost that the publisher had given to us. We didn’t let that bring us down. We went back to the Vice Chancellor who told us to go to the university press and gave us a note to give to the manager of the press. In a matter of months our book had gone to the press. My dream of publishing a book was becoming a reality. Some others who also wanted to publish and didn’t know how to go about it had a chance to publish their works in our anthology (collection of poems) put together.

As if that was not enough, the Vice Chancellor decided to help us with a book launch. He got us a reviewer from the United States and got his friends to attend the occasion. Everything was just too good to be true to us. But before all of this, I was just like a dreamer. I talked to several people but only a few bought the idea. Today I can look back and ask myself what I even said to those few people who believed the idea. Maybe they were just as crazy as I was about getting things done and not necessarily looking at the logic of doing them.

I was too optimistic to look at logic. And sincerely if I was to go by logic there was no way I would be able to explain how that project would be done. The important thing is that we met someone who is a dream maker.

I am sure you are almost asking how to meet that dream maker so that your dreams can become a reality. I may not be able to tell you exactly how to meet your dream maker since I don’t even know who the person is. But I can tell you one thing that will help you meet your dream maker. I kept talking about my own dream. The people who heard me saw that I was convinced. I never rested about that dream and one day, as I was talking, and I didn’t know who was listening, someone who heard me was actually like a nephew to the Vice Chancellor. He promised to help me see him and he did.

Some people have said that a closed mouth is a closed destiny. I also think that if you do not talk about what you carry on the inside of you or show us what you carry, there is no way we will know about it. So even if there are people around who can help they will not be able to help.

Please do not let go off that dream. Keep refining the idea and keep the conviction strong because I believe you are close to meeting your dream maker. Your dreams may just be ideas right now but I believe in you and know that those ideas will materialize.