Let's Talk About It! Is it Wrong for Women to Breastfeed in Public?

Much ado about nothing?

If you are an avid follower of pop culture, you’ll have seen the trend about celebs including model Gisele Bündchen and America’s Next Top Model finalist Yaya Da Costa, sharing their breastfeeding photos.

Meet Karlesha Thurman, a California based mother who at her graduation ceremony last month, was snapped nursing her 3-month-old daughter.

Karlesha who posted the image on Facebook, is shocked by criticism she has gotten. It has been deemed inappropriate.

She says she didn’t know people had problems with breastfeeding in public, and that she didn’t have second thoughts about feeding her daughter while in the midst of her fellow graduates.

“I was proud of the fact that not only did I graduate but that I got to share the moment with the one person who is the most important to me and that is my daughter.

I honestly thought that as a society, people were more understanding to breast-feeding and understood the importance of breast-feeding.

I did it to show it’s natural, it’s normal, there’s nothing wrong with it. I didn’t even know there was a big controversy about breast-feeding in public until all of this happened.”

Although she was criticised, Karlesha says she will not stop breast feeding. “The connection that you have when you’re breastfeeding your child, it’s unexplainable.”

Karlesha obtained an accounting degree from California State University, Long Beach.  During her graduation ceremony, she began to feed her daughter, Aaliyah and a friend thought it would be cool to take a photo.

While commuting in Lagos, it has become a trend for a nursing mother sitting next to you, to feed her child, or while you are eating at a restaurant, or even in church.

So BellaNaijarians, do you find it offensive when women breastfeed in public? 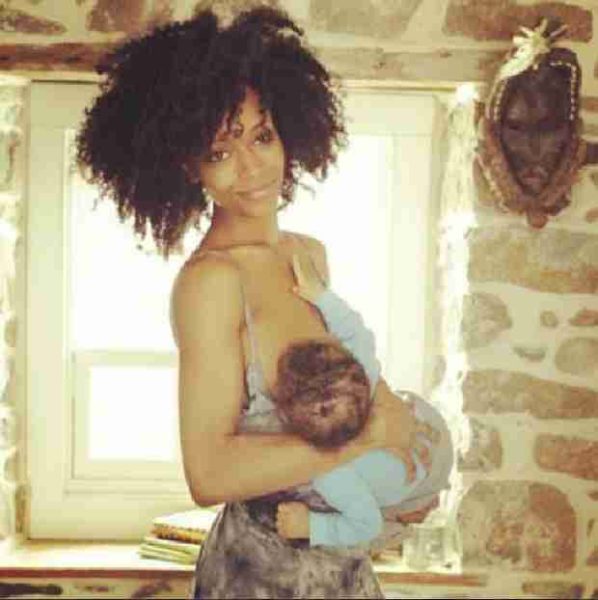