The New Modesty? Rihanna is Covered Up & Glam for Harper's Bazaar Arabia July '14

You might not be ready for this. Pop star Rihanna is all covered up and looking gorgeous on the July 2014 edition of Harper’s Bazaar Arabia.

The 26-year-old, who has been making headlines for making very risqué fashion choices, looks glamorous as she is shot by Ruven Afanador for the issue. Riri rocks a couple of re-imagined Middle-Eastern clothing as well as couture head pieces and veils. And even her famous hand tattoo plays in on the shoot’s arabian theme.

This shoot is a definite plus proving just how worthy Riri was to receive the Fashion Icon Award at the CFDA Fashion Awards 2014. 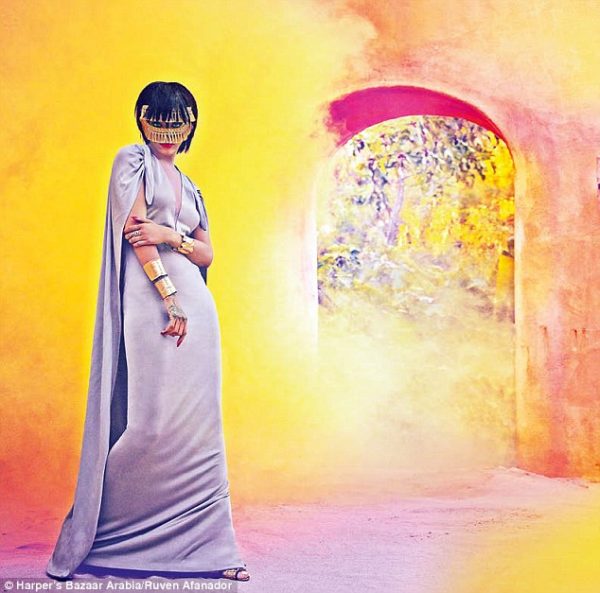 Rihanna seems to be on a roll as she is also on the July/August 2014 cover for French magazine – Jalouse rocking a snap back and an over-sized pant suit. The image was taken when Rihanna attended the Givenchy show during the Paris Fashion Week.

Could this be the dawn of a new era for Rihanna’s style? What do you think?

To see more photos from Harper’s Bazaar, check out www.facebook.com/Harper’sBazaar