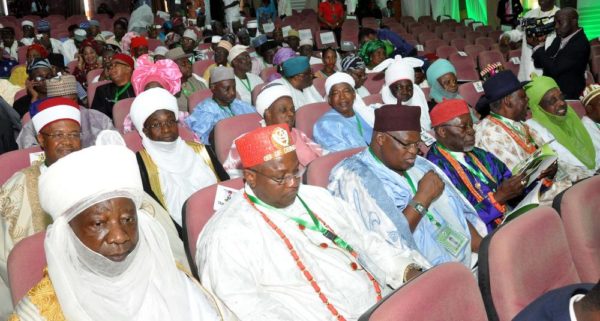 Due to recommendations made by delegates at the National Conference, Nigeria may soon have 18 additional states. This means that in addition to the pre-existing 36 states, the country would have 54 states in total.

The confab voted for the creation of the new states on Thursday, Punch reports.

The new states proposed are:

Ijebu, from Ogun State; Aba, to be carved out of the current Abia State; Katagum, from Bauchi State; Amana, from former Sardauna Province; Apa, from Benue State; Anioma, from Delta State, Savannah, from Borno State; and Etiti, from South-East.

Two additional states, one each from the South-West and South-East and zones, are yet to be named.

According to reports, the 18 states will be evenly distributed among the six geopolitical zones of the country, so that none of the zones will have more states than others.

It was also recommended that the Presidency should rotate among the six geopolitical zones of the nation, and that the rotation should occur between the southern and northern regions.

Delegates also voted that the country’s old national anthem (“Nigeria we hail thee…”), should replace the current one.

Also, all government officials henceforth must use made-in-Nigeria vehicles, according to the delegates.