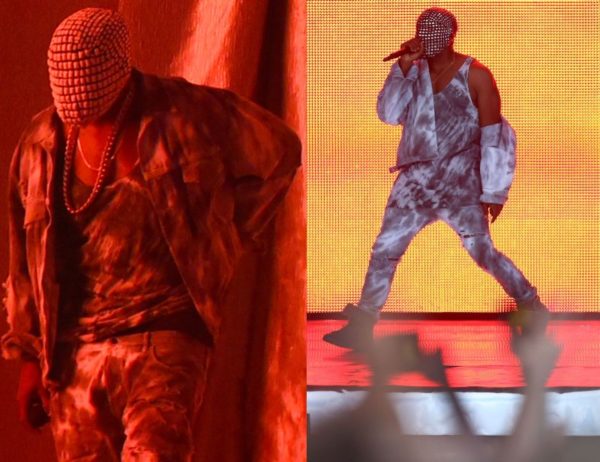 “It’s about my dreams”! There he goes again..Kanye West is venting his frustrations once again.

Thousands of fans at the London Wireless Festival, were treated to an epic rant by Kim Kardashian‘s rapper hubby.

While performing “Runaway“, he took time out to address headlines that have made him look like a crazy man in the media.

You know damn well no black guys or celebrities making Louis Vuitton nothing. They let Pharrell make those [Louis Vuitton] glasses, and we liked ’em, right? They let me make those [Louis Vuitton] shoes and we liked ’em, right? They said, ‘No, no, no n***a. Not no more. That’s too much. Stay in your place. Stand in front of that show and wear this jacket I made you. Stay in your place! Do what you’re paid to do! Don’t embarrass yourself trying to chase your dreams. Save face.

These walls that I break down, and we will. And I’m arguing with my friend [director] Spike Jonze in the car and he said, ‘Kanye, what you need to say is you’re gonna try, you’re going to try to break them down. Don’t say you’re just going to do it.’ I said, ‘I am gonna do it!’ I told Kim [Kardashian] seven years ago, ‘I’m gonna marry you!’ I didn’t say I’m gonna try. And I’m telling you right now as I stand on this stage, all this sh-t you heard me talking about, I’m gonna come and back all that s**t up.