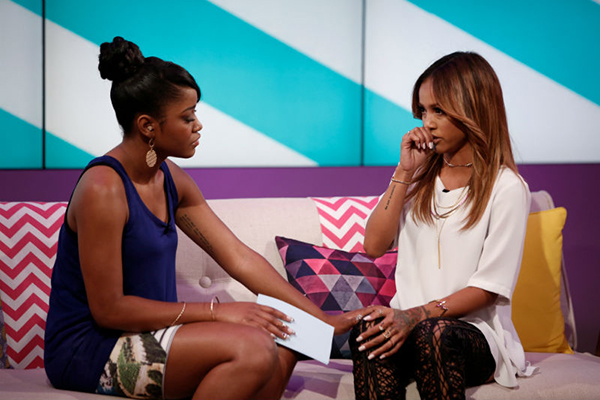 It is hard to date a celebrity and Karrueche Tran can attest to that.

A preview for an upcoming episode of Keke Palmer‘s “Just Keke” has been made available and in it, Karrueche spills the deets about her whirlwind relationship with Chris Brown, his ex Rihanna and heart break.

When Keke asked how she was able to move forward through all the drama, she said;

“Just keeping a level head and positivity. I’ve never dated a celebrity before so it was very new to me. Paparazzi and all that. And then, even the situation with Rihanna, you know the reason why people tuned into this so much was because it’s relatable. I have girlfriends, I have family who’s gone through the same situation. It’s the case of the ex. We all go through it, do you know what I’m saying? But, however…in this case my boyfriend is a celebrity who’s ex-girlfriend is an even bigger [celebrity]…Do you know what I’m saying? So, not only am I fighting a battle with her, I’m fighting a battle with her 14 million fans or however else. So, imagine how that feels for me when I gotta get on Twitter and I see a whole bunch of stuff…”

What’s the hardest part, Keke asks? “Um, jeez. I guess I would say the heartbreak because it was a real situation” then she begins to tear up.