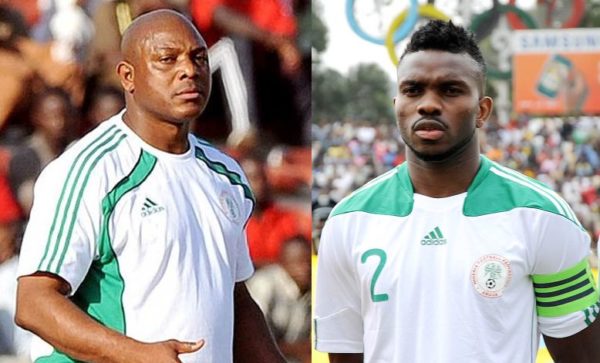 Following France’s victory over Nigeria in the World Cup match yesterday (2-0), Super Eagles’ Coach Stephen Keshi, has announced that he is resigning as coach.

Speaking about why he has decided to retire, Keshi reportedly said, “It’s time for me to go back to my family and face fresh challenges” The Guardian reports.

Joseph Yobo, a player on the team, has also announced that he is retiring from international football.

“This is it. I can look back on my career with great pride…I wanted to leave on a high for my country. Defeat by France was not the right way to go but I’m happy with all I’ve done for the national team…

It’s time to give a chance to other people to come through. Our football has a bright future and I am confident this team can achieve success sooner rather than later,” Yobo said.