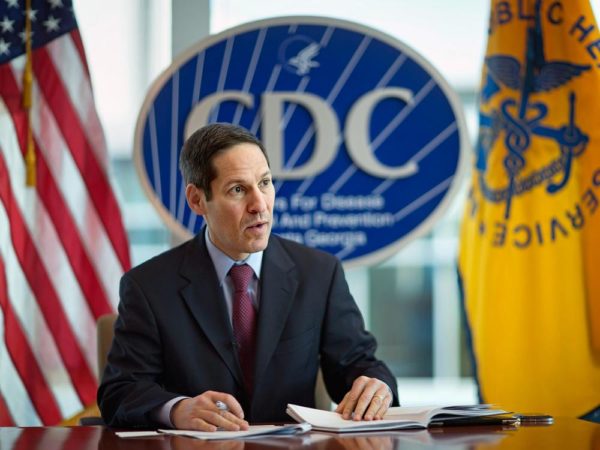 Washington DC (dpa/NAN) ― Tom Frieden, Director of the U.S. Center for Disease Control and Prevention (CDC), said on Monday that the outbreak of Ebola in West Africa can be stopped

“We know how to stop Ebola now,” he said in Washington on Monday.

Frieden said the government-funded CDC was “surging” its response to the outbreak and would send 50 public health employees to Guinea, Liberia and Sierra Leone to help stop the outbreak within the next 30 days.

He said “tried and true public health mechanism methods would be applied.’’

Frieden said hospital infection control and educating the community in Africa about safe burial practices would also be included.

He said the current outbreak was the worst-ever on record, as it has claimed 728 lives and sickened more than 1,300 people in Guinea, Liberia and Sierra Leone this year.

“The single most important thing we can do to protect Americans is to stop this disease at the source in Africa’’, he said.

He also said he was encouraged by the apparent improvement a US doctor suffering from the Ebola virus was showing. The doctor arrived at an Atlanta hospital after being evacuated from Liberia on Saturday.

Brantly is being treated in a special isolation unit.

Frieden said that he couldn’t predict Brantly would survive, but said that a sign of improvement, such as being able to walk out of the ambulance when he arrived was encouraging.

He said fellow aid worker Nancy Writebol, a missionary with the organisation SIM, would be brought to Atlanta in the coming days.

Frieden said Ebola does not easily spread from person to person. It is transmitted through bodily secretions, including vomit, blood or infected stool.

He said as a result, the groups most at risk were medical staff.

The arrival of Brantly and the pending arrival of Writebol have raised concern over Ebola possibly spreading in the U. S.

This was particular in light of a summit between the US and the leaders of some 50 African countries which began on Monday.

The U.S. has taken precautions, and President Barack Obama said participants from countries with the spread were a risk of exposure and they would be screened.

“Era of Election Manipulation in Nigeria is Over” – Pres. Jonathan at U.S-African Leaders Summit