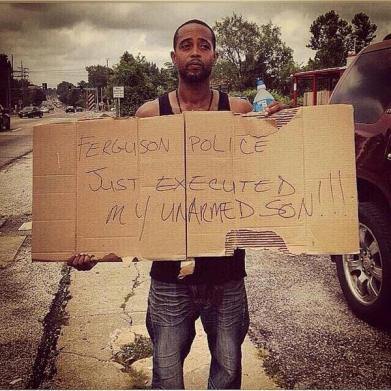 The fatal shooting of a young African-American boy by police officers is causing uproar, and drawing comparisons to the killing of other unarmed black men including Trayvon Martin and Oscar Grant.

The fatal shooting outside an apartment complex sent angry residents into the street, taunting police.

His mother Lesley McSpadden said the shooting took place as her son was walking to his grandmother’s home. 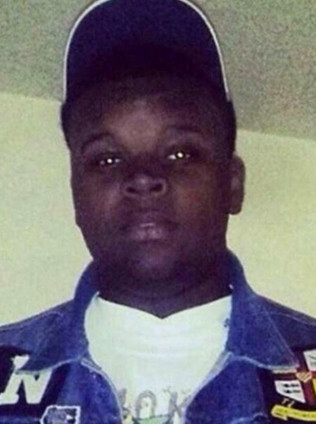 19-year-old Piaget Crenshaw – an eyewitness, said she was waiting outside for a ride to work when she saw a police officer attempting to place the young man in a squad car.

According to Crenshaw, she saw Michael Brown, hands in the air, attempt to flee.

Several shots hit him as he ran. The high school teen was scheduled to begin classes at Vatterott College on Monday.

The fatal killing sparked a lot of backlash and tension flared off and on through the evening.

Mourners later gathered at a prayer circle and then had a candlelight vigil as darkness fell. They later took to the streets shouting.

Wary police officers stood near the 100 protesters with rifles. The protesters also went to the street outside the Ferguson police headquarters, chanting “No Justice! No Peace!”

Brown’s mother later appeared at the shooting scene and was reportedly heard saying “I know they killed my son. This was wrong and it was cold-hearted. (My son) doesn’t kill, steal or rob. He doesn’t do any of that.”