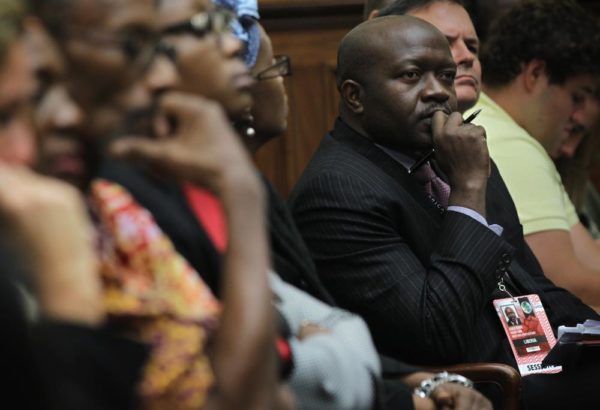 Ngafuan said hospitals were closing down and medical workers fleeing from the Ebola epidemic, which is poised to worsen.

“People are dying from common diseases because the health care system is collapsing. It is going to have a long-term impact, even after this crisis is behind us.

“Treatable diseases such as malaria and diarrhoea are left untended because frightened Liberians are shunning medical centres.

“These deaths could outstrip those from the Ebola virus by three or four fold,”he said.

The minister, however, said that his biggest concern was the spread of the epidemic.

“We are hearing it is going to get worse before it gets better. We do not know how much worse that will be.

“My main worry is the fear of how many people will die. Right now it is out of control and jumps from place to place,” Ngafuan said.

According to him, the number of trained doctors and nurses, already in critical short supply after years of civil war, is shrinking as medical workers get infected, quarantined or are afraid to report to work.

He said the country entered the epidemic with only about 50 doctors for 4 million people.

“What is happening now is that the entire health sector is being devastated by the crisis.

“It is not only a killer, but it kills those who care for them, and a good number of them are dying,” Ngafuan said.

The three West African countries most affected by the Ebola virus, namely Liberia, Guinea and Sierra Leone, are overwhelmed.

Ngafuan said the countries stressed at a meeting on Monday with top-level U.S. government officials, the Centres for Disease Control and Prevention and the World Bank that a global response was critical,

“This is a disease that is beyond the capacity of the three national governments.

“We need greater international awareness and support and it should be considered a global health crisis that needs a global response,”he said.

Both ministers said they were satisfied with the U.S. response.

They had requested emergency assistance to contain the disease, logistical help, laboratories, additional health workers, and help with prevention and education programmes.

The World Bank had also pledged 200 million dollars in emergency funding to fight the disease, which has claimed 932 lives and spread to Nigeria.

The ministers said focus in West Africa was on containment.

They were told experimental drugs and vaccines now under development at best would not be available until next year in what Kamara said “It is too early for that”.

Both countries, however, said they needed more financial help.

Kamara said Sierra Leone estimates the cost of its emergency measures from July through December at about 25 million dollars but only has seven million dollars.

Ngafuan said they were tapping their Diaspora communities for emergency relief while in Washington.

But the crisis has shown how disease can ravage their economies and lead to a national security threat.

“It is like you are pressing the pause button on the general economic activity.

“Schools are not opening. People are in quarantine. They are not coming to work. It is going to have an impact,” Ngafuan said.

Ebola: 2 Dead, 20 Hospitalised after Excessive Consumption of Salt in Jos