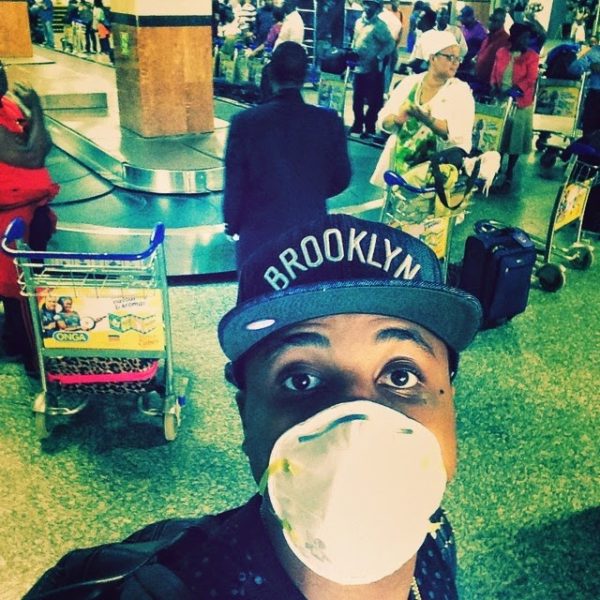 A bit too late Sina Rambo.

The Nigerian rapper arrived Lagos, Nigeria today with his brother B-Red after touring various cities in America and Canada with Davido.

He posted these images of himself on his official Instagram page with the caption, “Back in gidi better safe than sorry #work #hiphopgrind #donstop #nbys!!!”

If you recall, Jim Iyke also received a lot of criticism after posting a photo of himself leaving Monrovia, Liberia wearing a mask. He later issued a public apology.

Insensitive or just protecting himself? 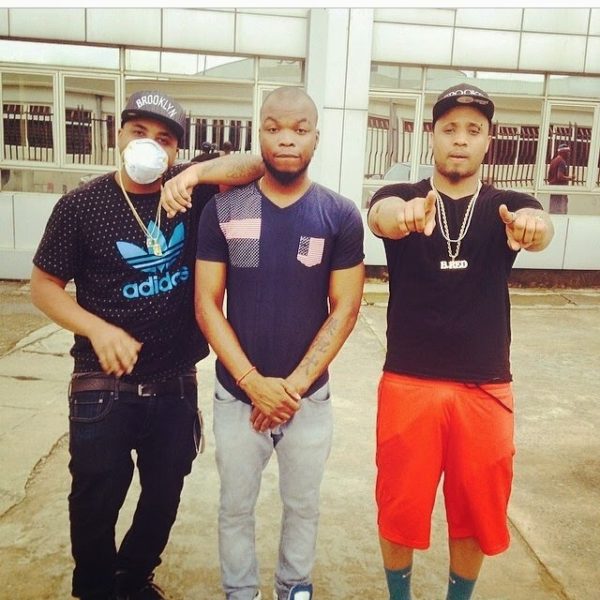 And It Continues…Wizkid Hits Back at Davido