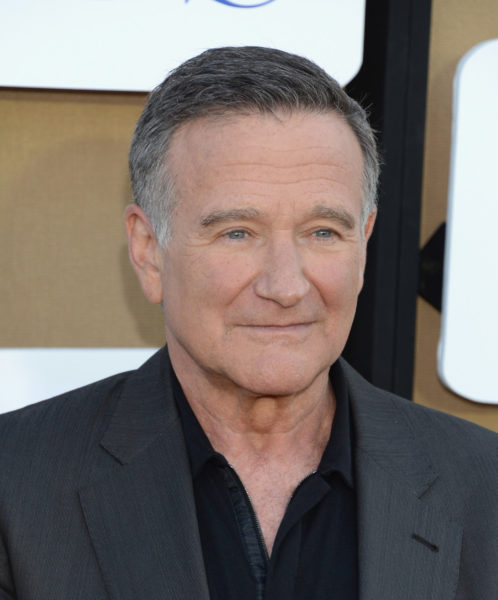 When you’re missing someone or something, it’s commonplace to look for anything to fill that void. So it’s a confusing moment when one of the foremost fillers of the void is suddenly gone.

Robin Williams, an actor, stand-up comic and screen writer for more than 36 years best known for his roles in Mrs. Doubtfire, Jumanji and Good Will Hunting, but also as the voice of the Genie in Aladdin and Ramon/ Lovelace in Happy Feet, died on Monday August 11th from suicide by hanging himself. For the past day, I’ve seen and heard many a “R.I.P Mrs. Doubtfire, Genie from Aladdin”

My initial reaction is one of pain, as a man’s life has seemingly been reduced to movie characters. It is also telling, and oddly beautiful, since Williams’ most remembered roles were much bigger than simply a movie character. His characters felt real and brought an immense amount of joy and laughter to hearts of children and adults alike.

But Robin Williams was real. He was a man with daddy issues, bullied in middle school who started telling jokes to his mother to get her to notice him. He had what is now described as “love me syndrome” he wanted and needed everyone that met him to fall in love with him. And fall in love we did, we loved his presence, we loved how he made us feel, most importantly we loved his voices and the oddball gestures he could pull off effortlessly.

Robin Williams made me laugh so many times. When I was a kid, having problems of my own, feeling unpleasantly different from the people who populated my world, I found sanctuary watching this guy on TV who was celebrated for being a weirdo;  for being an oddball;  for being silly. He was praised for having a mind that produced delightful absurdities with great speed. No one told him to be quiet. No one tried to make him act like everyone else.

Not too long ago, I learnt that one of the most strikingly distinct human attributes is our inability to see ourselves as others see us so it’s sad that in those final moments Robin couldn’t see himself through our eyes, see the man we grew up with and adored. It’s also sad that it takes death to draw us back to our childhood heroes, to remind us that those who give are often most in need of receiving. To remind us that sometimes…even most times, a smile on the lips and laughter in the eyes are simply masks that cover the soul that’s hurting inside.

From the entire Sodas&Popcorn team, R.I.P Robin Williams. The world just got a lot less funny. Guess you had to go see about eternity.

**Article written by kiki and Terver