Uber Makes its Debut in Lagos, Nigeria! Ice Prince is First Nigerian to Ride in Uber 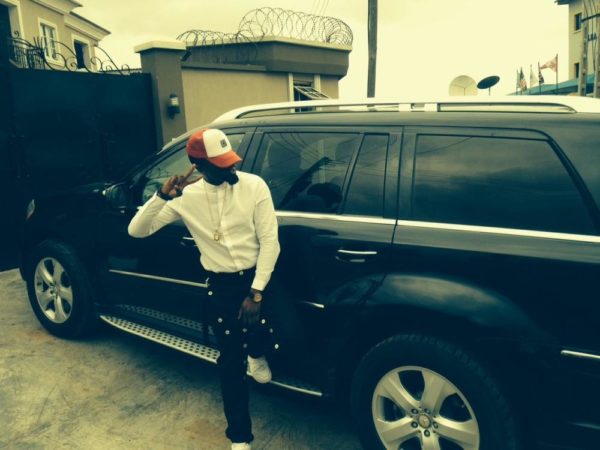 Lagos, “The Vegas of Africa” or “Africa’s Big Apple” is Africa’s commercial powerhouse; it’s also all about the flamboyant dressing, the unique mannerisms, the boisterous interaction among complete strangers who on meeting immediately feel bonded by their “Naija-ness”, the epic traffic jams, the steeped traditions and the spectacular sunsets.

There’s that intangible ‘something’ about Lagos that makes it a place where anything and everything is possible.

On Wednesday July 23, 2014,  Uber launched its smartphone technology in Lagos, making it the fourth city in Africa to embrace the innovative on-demand private driver application.

A progressive culture with a very tech-savvy population, Lagos is the largest city in Africa and it was only a matter of time that Uber brought its technology to the market, offering a safe and reliable choice in transportation.

Uber is a smartphone app that allows users to connect to licensed private drivers in the area at the touch of a button, using the phone’s GPS to detect both the users and drivers’ locations. This means the people of Lagos can get a safe, reliable ride anywhere — even if they don’t know the exact address.

Patrick Studener, Senior International Launcher at Uber said, “We’re really excited to be launching Uber in Lagos today. Technology is allowing us to completely re-think the future of our cities and the way people get around them. Uber is already evolving the way the world moves and is being embraced by millions of people across the globe.

Uber is part of a technology revolution that is transforming urban mobility which is creating the smart cities of the future. The people of Lagos now have a new way of getting around their city that is just a tap of an app away and is also stylish, safe and efficient.”

When it comes to cruising around the humming roads of Lagos, Ice Prince, one of the biggest & most influential hip hop artists in Nigeria, is no stranger to doing it comfortably and in style. That’s why this morning when he woke up to a new dawn in the way he could get around his beloved city, he decided to push the button & within minutes a classy, safe, secure Uber rolled up to take him to his next recording session on the Island, and with that he became the first person in Lagos & all of Nigeria to ride in an Uber!

UberBlack is one of many Uber products that connects riders with licensed drivers. Any person who needs a ride in Lagos has to download the free Uber app onto their smartphone to request a private-hire car at an affordable price, all in a matter of minutes.

Before getting into the car you are given, via the smartphone app, the driver’s photo, name, registration and at the end of the ride you get via email an overview of your ride including a GPS tracked overview of your exact trip. Uber partners with only the highest quality limousine professionals, and every car, driver, and trip is fully insured. All payments are done via the riders’ credit cards, making the experience even more seamless.

Uber is already present in over 140 cities in 40 countries. Lagos is the first city in Nigeria where Uber services have been launched. At the launch, celebrity and multiple award winning music star Ice Prince did a test drive of the Uber compliant car. He used the Uber application on  his mobile phone to flag in an Uber car, and he  was chauffer-driven in it around Lagos.

To request a ride, users must download the free application for Android, iPhone, Blackberry 7, or sign up atuber.com/app.

What to expect when you request a ride:

Uber is a technology company that is providing services in over 140 cities across 40 different countries. For more information, please visit: blog.uber.com

Nicki Minaj is Officially a Mum!