Atoke's Monday Morning Banter: Everybody Abroad is a Toilet Washer 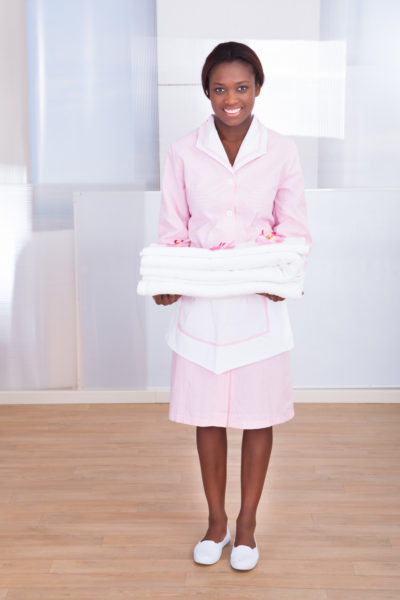 One of the advantages of FitFam is that you sleep better, you’re energetic and you generally feel good with yourself. You wake up on Monday morning feeling like a dragon… breathing fire (Post Euthymol of course). On this end, all my invigoration, fire and energy is channeled towards Royal Mail. I woke up at 4a.m waiting patiently for their customer service people to get to the office. My MacBook Pro, that has travelled halfway across the world to get to me by Guaranteed Next Day Delivery, has suddenly gone missing. Wednesday – “Your parcel is on its way” Thursday – “We’re sorry Ma’m, we had some problem around the Tyneside. It should get to you tomorrow” Friday – “Your parcel is on its way”.  Saturday – “We’re terribly sorry ma’m. We will pass this on to our escalation team on Monday”. With flaming eyes and a burning head, I have called the Customer Service team. I don’t feel the relief or catharsis that ranting and venting is supposed to bring; what I feel is… empathy – for the three people I have had a go at. They’re not responsible for my missing machine (and the shea butter, plantain chips & camwood which my sister lovingly packaged for me). In all of that,  they were polite and helpful and I’m supposed to get updates on my parcel soon. Soon. Soon.

While I was ranting about my Royal Mail problems, my friend told me about one of her exes who worked with the Royal Mail. She said he was one of the sweetest people she’d ever been with and he was quite passionate about his job. She then went on to tell me of how she had been at a party in Nigeria and she mentioned where her Boo worked. Then it began… the conversation steered into the muddy waters of how Nigerians go abroad to ‘wash toilet’ At this point, my friend said she couldn’t begin to start explaining what her boyfriend did at the Royal Mail.

After laughing it off, I explained that a lot of people project what they know and what they understand, to be the norm. There’s the assumption that since their cousin came into America and worked as a caregiver, then everyone is definitely towing that line. There’s also the belief that certain jobs are beneath one – especially as Nigerians in a foreign land. As a result of the poor economic state in Nigeria, everyone struggles to get on the White Collar Rung of the ladder. This stems largely from the fact that Blue Collar jobs in Nigeria are not as economically lucrative as certain White Collar jobs. So, we struggle to go to school, get those added qualifications to be a step ahead.

Unfortunately, Nigerians don’t stop to consider that it’s not the same economic playing field in the West. The basic amenities are present; so with your minimum wage, there’s a certain standard of living below which you can’t fall. We turn up our noses at people who work Blue Collar jobs in the West. You hear things like “He is just a plumber in London”, “He is an ordinary bus driver”, and of course one of the favourites “She is washing toilet for Oyinbo people”.

This morning my friend reminded me of how much money plumbers make in the UK. She also reminded me that when she worked as a train driver, she got an NVQ in mobile engineering.

Essentially, we need to recaliberate our mindset, and start to think in terms of honour and dignity. Are you earning a living by working hard and being honest? The idea of putting a person down by virtue of the fact that you believe what they do is demeaning is simply myopic. As a people we need to read more, and be more open to other experiences. So if your cousin worked for 20 years flipping burgers, surely it does not mean that every foreigner is taking shifts at McDonalds? Does the fact that a person works as a mail man make him less than you the doctor with the fancy degrees?

Not everybody who lives abroad is cleaning up after geriatrics; and even if they were, they’re filling a role and they’re doing an honourable job.

I shall leave you to ponder on these issues. Have a fabulous week ahead. Remember to be proud of whatever you do, give it your best and make sure you are simply awesome at it…because, that’s what really counts!

Formula-1, Football & Some! All The Sports Scoop from Last Week on the Debut Episode of Tega’s Take