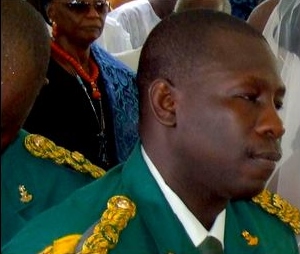 Adebayo Obasanjo, who is an army engineer and was a Lieutenant Colonel at the 3rd Division in Jos, Plateau State, was shot when Boko Haram attacked a platoon he was leading in Mubi, Adamawa, according to Sahara Reporters.

His legs were badly injured, and he has been taken to the hospital.

The terrorists are said to have killed 24 soldiers in the platoon. In addition, the militants seized one of the platoon’s armored tanks.

Three Germans Suspected of Having Al-Shabaab Ties arrested in Frankfurt