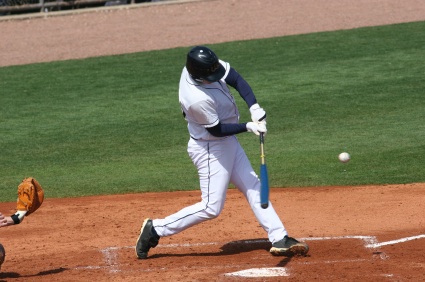 No fewer than 50 baseball players across the country on Sunday participated in the 2014 Major League Baseball (MLB) Tryout in Lagos.

The News Agency of Nigeria (NAN) reports that the programme is an annual event organised by the MLB to select talented young players to play in foreign leagues.

The tryout resource person, Yinka Adewusi, a consultant of MLB in West Africa, told NAN that the players that participated in the programme are between the ages of 14 and 19.

Adewusi said that some of the players would be selected based on their technical abilities and skills.

“This is a yearly programme organised by the MLB and the aim is to select budding talents for the MLB Elite Camp that will come up in South Africa in December.

“Selection will be based mostly on the technical ability of the players on the pitch.

“The players’ agility, speed, their velocity to throw balls, approach to fielding balls and other things will be considered,’’ he said.

The consultant said that the name of the selected players would not be revealed, but forwarded to MLB, which would contact them.

So Inspiring! Paralysed Bride stuns Wedding Guests as she walks Down the Aisle