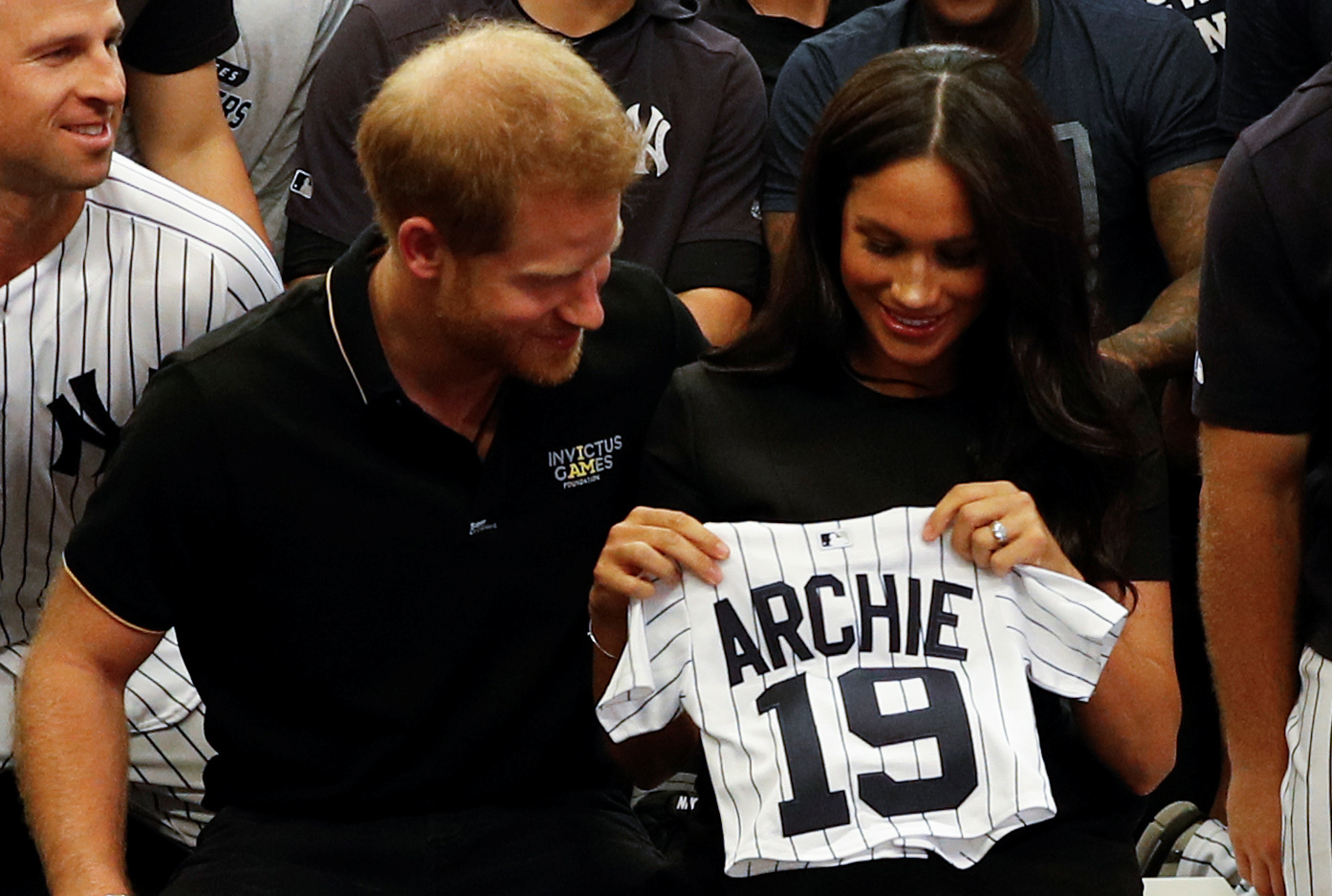 LONDON, ENGLAND – JUNE 29: Prince Harry, Duke of Sussex and Meghan, Duchess of Sussex with a gift from the New York Yankees before their game against the Boston Red Sox at London Stadium on June 29, 2019 in London, England. The game is in support of the Invictus Games Foundation. (Photo by Peter Nicholls – WPA Pool/Getty Images)

The Yankees met their rivals the Boston Red Sox in the first ever MLB game to be played in London, and the royal couple Meghan Markle and Prince Harry were in attendance.

The couple had their front row seat, but more important was what happened after the game – the couple went into the locker room to chat with the players, and was presented with a cute little jersey for their son.

The jersey number 19 had little Archie’s name printed behind it, and Meghan was bent over laughing when she received it.

Her reaction to receiving the little jersey for Archie is priceless!! ?