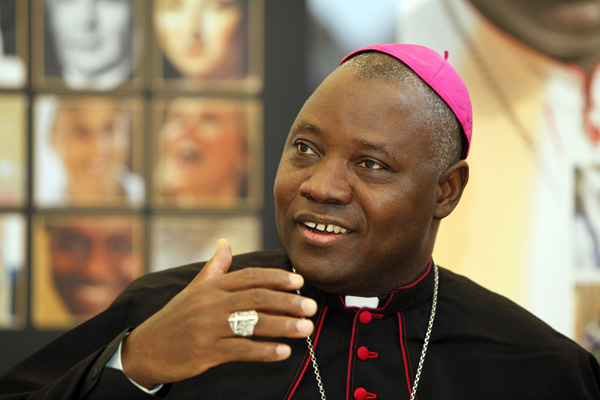 The Archbishop of Jos, Ignatius Kaigama has spoken out against the unfair treatment of gay people in Nigeria, stating that the Nigerian Catholic Church is opposed to discrimination against people because of sexual orientation.

He made these remarks during a press briefing at the Vatican on Wednesday, The Tablet reports.

Speaking on Nigeria’s adoption of the law that stipulates a 14-year sentences for anyone entering a same-sex union or displaying affection publicly, he said that the only part of the law that the Catholic Church supports is that marriage is between a man and a woman.

The Government may want to punish them – we don’t. In fact we will tell the Government to stop punishing those with different orientations,” he said.

Chris Okotie calls for Oritsejafor’s Resignation as CAN President over $9.3 Million Scandal