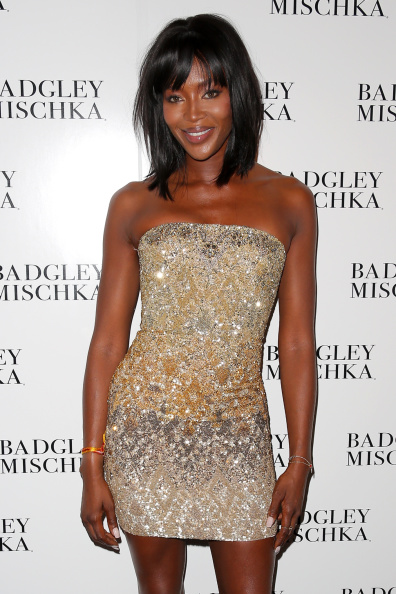 Supermodel Naomi Campbell is using her super stardom for a great cause towards the Ebola outbreak.

According to Page Six, Naomi is working to launch benefit fashion shows taking place in February 2015 to help raise funds for the fight against Ebola.

She exclusively told the publication earlier on this week that she wants to hold a star-studded show in New York Fashion Week 2015 and another in London. “I’m scared“, she said on the spread of the disease adding that she has a home in Kenya and does work in 3 orphanages there. She also wants to help educate people on what the disease is because “people don’t have a clear idea about what Ebola is“.

The event is still in the planning stage  and she intends on reaching out to other personalities like Jeffrey Wright (“Hunger Games” actor) to help with a charitable partnership. Jeffrey just launched the #CrushEbolaNow campaign with help from celebs like Idris Elba, Alicia Keys, Whoopi Goldberg and Forest Whitaker. Naomi has also recruited Dolce & Gabbana to create T-shirts for her Japan relief shows with proceeds going to the Japanese Red Cross.

She added that as a black woman she feels a responsibility to fight the Ebola crisis, and has been gravely concerned as a globe-trotter saying “Ebola does not discriminate“.

This story was first published on www.pagesix.com. Read More HERE.