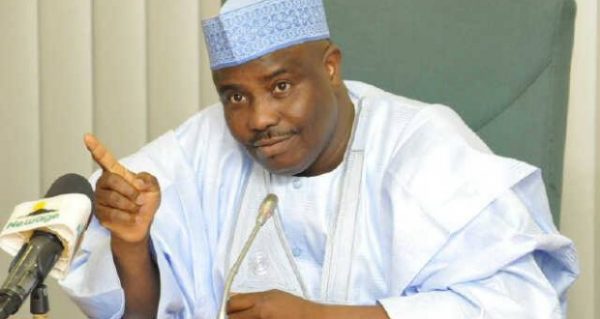 House of Representatives Speaker, Aminu Tambuwal, who presided over the session

On Wednesday, members of the House of Representatives endorsed some new amendments to the 1999 constitution.

One of the most notable amendment is the removal of the immunity clause, which applies to the president, vice president, governors, and their deputies, Punch reports.

This amendment means that people in the aforementioned offices can be tried for crimes while still in office.

There were 71 amendments to the constitution, NAN reports.

Among the 261 house members who participated in the process, 252 members voted in favour of the amendments, eight voted against and one abstained.

A two-third vote (240 of the 360-members) is required to amend the constitution.

The report will be forwarded to the 36 state Houses of Assembly for their concurrence.

Some others are independent candidacy in elections, budgetary process, life pension for National Assembly heads and role for traditional rulers.

An alteration of Section 7 among others, stops revenue allocation from the Federation Account to local governments that are not democratically elected.

They also approved the dissolution of local government administrations at the expiration of four years commencing from the date the members of councils were sworn in.

While altering Section 59, the lawmakers also voted to bypass the president if he failed to sign a bill presented to him within 30 days.

“Within seven days, the President of the Senate shall convene a joint sitting of the National Assembly to reconsider the bill.

“And if passed by two-thirds majority of members of both Houses at such joint sitting, the Bill shall become law and the assent of the President shall not be required,” the conference report reads.

A new amendment makes it mandatory for the president to address a joint meeting of the National Assembly once a year.

The office of the Auditor-General of the Federation, Nigerian Police, Revenue Mobilization Allocation and Fiscal Commission, National Security Agencies have now been place on a firstline charge from Nigeria’s Consolidated Revenue Account.

House members equally approved life pension for the President and Deputy President of  the Senate as well as Speaker and Deputy Speaker of the House of Representatives.

The life pension would be paid only if  he/she was not impeached from office.

An alteration of Section 241 which inserts a new subsection (2A) bars Nigerian courts or tribunals from staying any proceeding on account of an interlocutory appeal.

House members also voted to include seven items to the concurrent legislative list, some of which are agriculture, railways and pensions.